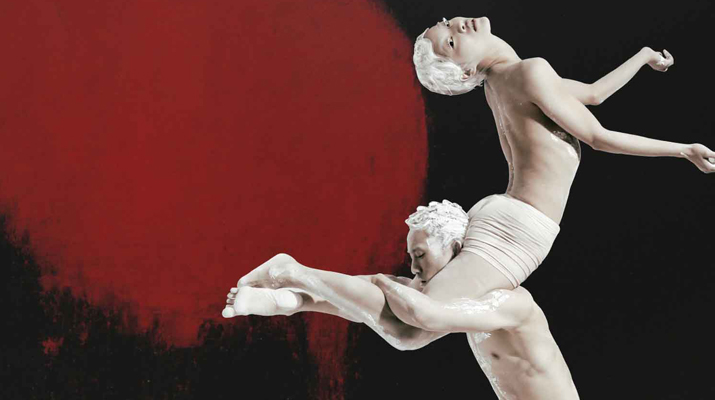 ?The Double Happiness? is based on the traditional wedding ceremony- "Red ribbons" and "Red strings". Shu-Fen Yao tries to look into the differences between the traditional and modern marriage from the female viewpoint and describes the extremity of how a man and a woman live their lives.

?The Double Happiness? was commissioned by ADT Dance company and it won "Best Creation Award" at American College Dance Festival. Elizabeth Zimmer, the Village Voice critic, said, "?The Double Happiness? is well combined the traditional Chinese dance with creative contemporary dance concept?." This dramatic dance work is going to be started with the folk hand puppet show. The process symbolizes the men's strife, sense of contradiction, frustration and unrest under the traditional marriage arranged by matchmaker and parents and the
inevitable duty of continuing the family line by producing a male heir. And like a hand puppet,
he can't move as they wish but follow the lines. On the contrary, the female character, the bride, though wearing the high-heeled shoes, she still can ?nd her own way of living.