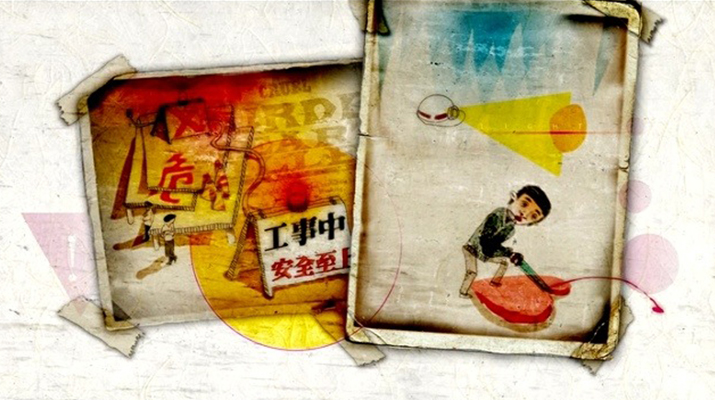 This exhibition features recent work by Pacific Rim artists that push the boundaries of narrative through works in experimental animation, 3-D digital animation, video, and film. Artists were chosen for their ability to weave the past with the present, the local with the universal, and the ancient with the futuristic through their work. Established artists like Japanese-American artist Bruce Yonemoto and Taiwanese artists Charlene Shih are juxtaposed with rising stars like
Korean-born New Zealander Lee, Hye Rim, and balanced out with exciting works by
emerging Taiwanese artists such as Su, Hui-Yu, Tao, Mei-Yu, Chiang, Chung-Lun and Ma
Kuang-Pei.

1 Tao, Mei-Yu, Plastic Life ( 2006), Video, 6 minutes.
Tao was invited to have an artist residency in Holland. This video, which stars the artist,
features her imaginative and frugal use of plastic bags which she fashioned into no-cost
raingear.

2 Shih, Charlene, Women (1999), Ink on rice paper, stop-action animation
This stunning animation combines ancient techniques with innovation. Using Chinese
characters and traditional symbolism, ?Women? relates the story of a modern Chinese
girl and her journey from adolescence to self discovery.

3 Su, Hui-Yu, Bad (2005), Video, 5 minutes (A collaboration with Huang Yi Ru and Wang Jia-Ming)
Emerging artist Su spent months preparing for this video, a re-creation of Michael
Jackson's Bad video. He worked with choreographers and fellow artist to reenact
Jackson's dance moves, and ?lmed the video in the Taipei subway.

4 Ma, Kuang-Pei, The Soliloquist (2008), Animated short film
This poetic experimental animation was made by Ma as his MFA project, and tells a story
of missed communication and a broken heart.

5 Chiang, Chung-Lun, Nocturnal No. 4 (2008-09), Video, 4 minutes
This video is one part of Lun's series of 9 videos, each of which describes a separate
character with a distinct personality. In this case the character is Nocturnal No. 4., a
dark and crazy masked character who makes up one of the characters who comprise the
artist's imaginary "5 th dimension."
Back
返回頂端
關閉選單
Keywords: 文化部
fb youtube mail