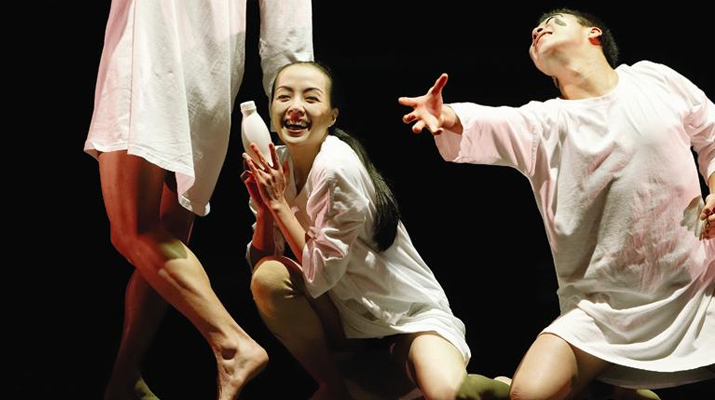 Founded by Fang-Yi Sheu and Bulareyaung Pagarlava in May 2007, LAFA & Artists realizes the dream of two passionate artists and the efforts of many talented others. World-renowned dancer Ms. Sheu and ingenious choreographer Mr. Pagarlava built the company from scratch, with nothing but their passion for and belief in dance. The soul and mind of LAFA & Artists, they encourage creative input from other young artists and thus magnify the quality and impact of the company's performances. Interpreted by skilled and intuitive dancers, LAFA's work is imbued with life and energy.

The idea for LAFA & Artists first arose in 2002. Less confined and more vital than much contemporary dance, the inspirational interpretations of Ms. Sheu and Mr. Pagarlava enlighten and amuse people living in stressful and fast-paced societies. Their uplifting works engage audiences to look at the struggles in life and the warmth of humanity. In January 2008, LAFA & Artists premiered their very first production, 37Arts , in Taiwan to great success. This group of young dancers has since changed the perception of dance in their native country.

Operating from the subtropical island of Formosa, LAFA & Artists prides itself on its capacity for embracing the concepts and interpretations of other artists and sees itself as a part of a global community. Its work is not limited to dance, nor is its pursuit of creative collaboration bound by borders. "Leaning toward beauty athleticism. The intensely athletic variations on each theme were always ingenious... One had the feeling there is even more to Fang-Yi Sheu ?; and her company ? to be found," says The Boston Globe. As an international ambassador for Taiwan's performing arts, LAFA & Artists dedicates its enthusiasm and originality to building international audiences for works of extraordinary artistry. In addition to touring internationally, the company is committed to dance education and to providing an alternative for young performers to traditional dancing careers. This makes "LAFA & Artists maintains enormous audience appeal", says Pittsburgh Post-Gazette.

The company visited Macau in 2009 and made its official U.S. debut at Jacob's Pillow in 2009.
Back
返回頂端
關閉選單
Keywords: 文化部
fb youtube mail