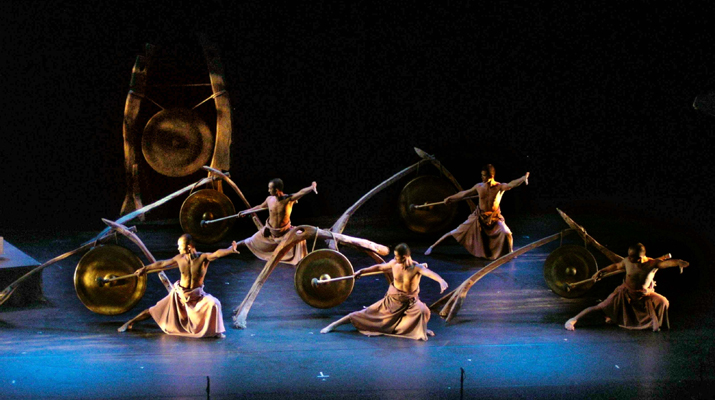 The pronunciation of the letter "U" is similar to the word meaning "excellence" in the Chinese language. In ancient China, the same word also meant "performers".

The Zen masters in China over a thousand years ago had said that a true artist must combine "Tao" (self-improvement) with "skill" (the learning and maturity of art). Established in 1988 in Taipei, Taiwan, U Theatre has continued to give performances and to search for the self in life ever since its inception.

The U-people believe that the combination of Tao and skill is the goal of their life and artistic creation.

Founder and Artistic Director of U-Theatre

Ruoyu Liu was born in Taiwan in 1956 and graduated with a master degree in performance art from New York University. She was host of the widely acclaimed children's television show, "Little Mask", for which she received a Golden Clock Award. In the early 1980s, as the lead actress of the Lan Ling Performance Theatre, Ruoyu Liu performed in numerous highly acclaimed works ? of which her role as Ho Chu in "Ho Chu's New Style" gained the most recognition. She pursued further her love of the theater by going to the United States where she came under the tutelage of renowned Polish theater director Jerzy Grotowski. Her year with Grotowski changed her entire outlook and approach to life and clarified her understanding that a play, in essence, was the expression of "an individual's attitude toward life." It became her fundamental approach to performance art.

ChihChun Huang Born in Malaysia in 1965, ChihChun Huang began taking percussion lessons at age six and started formal training under a master of Chinese martial arts at age ten. Mr. Huang has matured his skills in both specialties over a period spanning more than twenty years.

Mr. Huang toured Europe, the Americas, and Africa for several years as a member of a dance troupe following university graduation. After spending time studying meditation in the early 1990s in India and Tibet, he joined U-Theatre as drum master in 1993, at the request of U-Theatre founder, Ruoyu Liu.

Mr. Huang approach to the U-Theatre education regimen, which requires students first to learn meditation before taking up percussion, has radically changed the character of U-Theatre and mapped out for the group a path by which to continue to grow and mature. 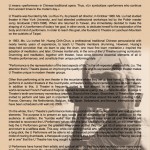 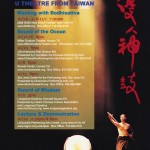