A commercial actress is raped by a driver when she tries to hitchhike from a remote shooting location. As she insists on pressing charges, she is met with humiliation and blame from the public. Later, she is found dead on a beach of unknown causes. Eager to solve the mystery, reporter Wan-Qing begins an investigation, but is then herself assaulted by four drunken men. Now, bent on revenge and with nothing to lose, Wan-Qing’s sole purpose is to wreak vengeance on those men who have wronged her. The specter of the wrathful woman (here and in other films of the period) can be seen as a reflection of men’s unease as more and more women entered the workplace during Taiwan’s economic boom.

Born in 1979, YANG Chia-Yun started as a script supervisor and worked her way up through numerous positions in the industry. She collaborated with many acclaimed directors including LI Hsing, PAI Ching-Jui, and CHEN Yao-Chi. YANG won Best Documentary at the Golden Horse Awards for her powerful documentary, A SECRET BURIED FOR 50 YEARS – A STORY OF TAIWANESE ‘COMFORT WOMEN’ (1998).

[Please note: the visual quality of this copy of THE LADY AVENGER is not ideal. The popular Taiwanese cinema of the era was not well-preserved until recently, and this is the best version that survives. The burned-in subtitles on the source copy were largely illegible, so new subtitles have been superimposed.] 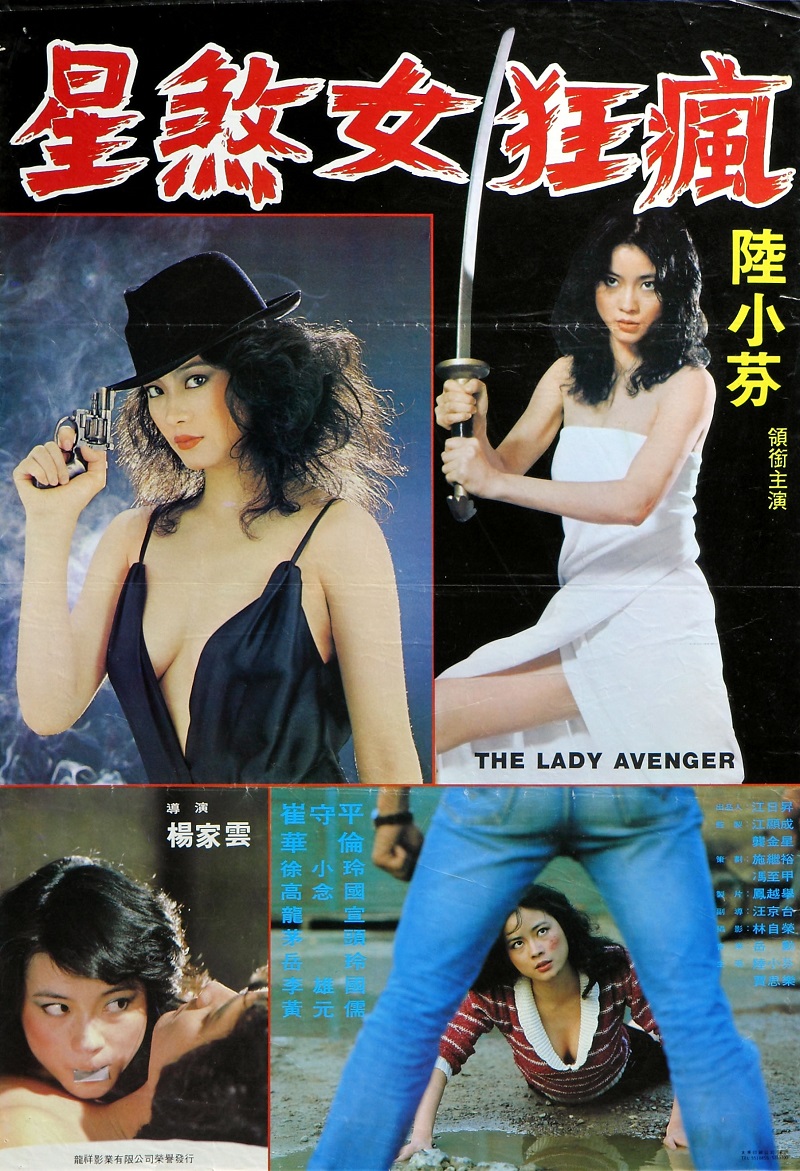