The Taipei Cultural Center in New York is pleased to invite two Taiwanese comic artists, Chien-Fan Liu (劉倩帆) and Ruei-Yi Fang (房瑞儀), to participate in the 2022 MoCCA Arts Festival, which will return to an in-person format. Their co-edited comic anthology “Bo_ing.comix” will be featured at this year’s Taiwan Comics Booth (no. C245). Comic lovers are welcome to check out the booth and meet the artists, who traveled from halfway around the world to participate!

The “Bo_ing.comix” project was born when these two young girls met each other at the 2018 Angoulême International Comics Festival. Since then, they have released an issue of “Bo_ing.comix” every 3-4 months. In each issue, they invite different Taiwanese artists to create a short story or narrative under a distinct theme.

Liu said that “We aim to explore different kinds of comics and hope that this project can showcase a large range of narrative works from artists all over Taiwan. It is extremely interesting to see artists’ different perspectives of the same theme included. We have already published 4 editions and 1 special edition, Bo_ing comix SE, which was published in 2021.”

In discussing the project’s origins, Fang added that “‘Bo_ing’ comes from a Taiwanese dialect word meaning ‘busy.’ It also looks like the English word ‘boring’ but without the ‘r.’ We hope that this double meaning is what best describes ‘Bo_ing.comix’ to our readers: people are busy reading our comics, and they won’t be bored at all!”

In light of the impact of the COVID-19 pandemic, Liu and Fang selected ““An Island Decameron (島嶼十日談)” as this year’s exhibit theme. Liu explained that “In Decameron, written by Giovanni Boccaccio, a group of people shelter in a secluded house to escape the Black Death. They tell stories to amuse themselves, just like what we do during the pandemic. Our artists gather together to tell stories in the form of comics.”

Liu and Fang also noted their excitement over having the opportunity to bring their work to the United States for the first time. “We sincerely invite comic lovers in New York to our apartment, island, and shelter, where they can find the most healing stories in the world!”

The MoCCA Arts Festival, organized by the Society of Illustrators, will take place on April 2 - 3, 2022, from 11:00 AM - 7:00 PM on Saturday and 11:00AM - 6:00PM on Sunday. It will be held at the Metropolitan Pavilion, which is located at 125 W 18th St. In addition, the festival will feature panels by top artists and speakers focusing on current issues, which will take place at the SVA Flatiron Gallery, located at 133/141 West 21st Street. For more information, please visit the MoCCA Arts Festival’s website at https://www.moccafest.org.

About Chien-Fan Liu (劉倩帆)
Chien-Fan Liu is a freelance illustrator and comic artist based in Taiwan. Her illustrations have appeared in The Anne Times, The Big Issue Taiwan, The Affairs, Fountain, and other magazines. Inspired by European contemporary comics and Japanese Gekiga, she likes to explore unique possibilities within the bounds of comic art. She won the second place prize for digital comics at the Angoulême International Comics Festival in 2018. In 2022, Liu published her book, Melting Dreams (融化夢想), in Japan.

Currently based in Taiwan, Ruei-Yi Fang works as both an occupational therapist and a comic artist as a result of her interdisciplinary background. She has been focusing on how visual narratives act as a conduit for self-dialogue and perhaps even eventual self-healing. Fang received a sponsorship to complete an artist-in-residence in Angouleme in late 2017, where she was strongly inspired by European comics and became more determined to create her own work. Her first commercial book, OT Diary (OT相談室), was released in 2020. 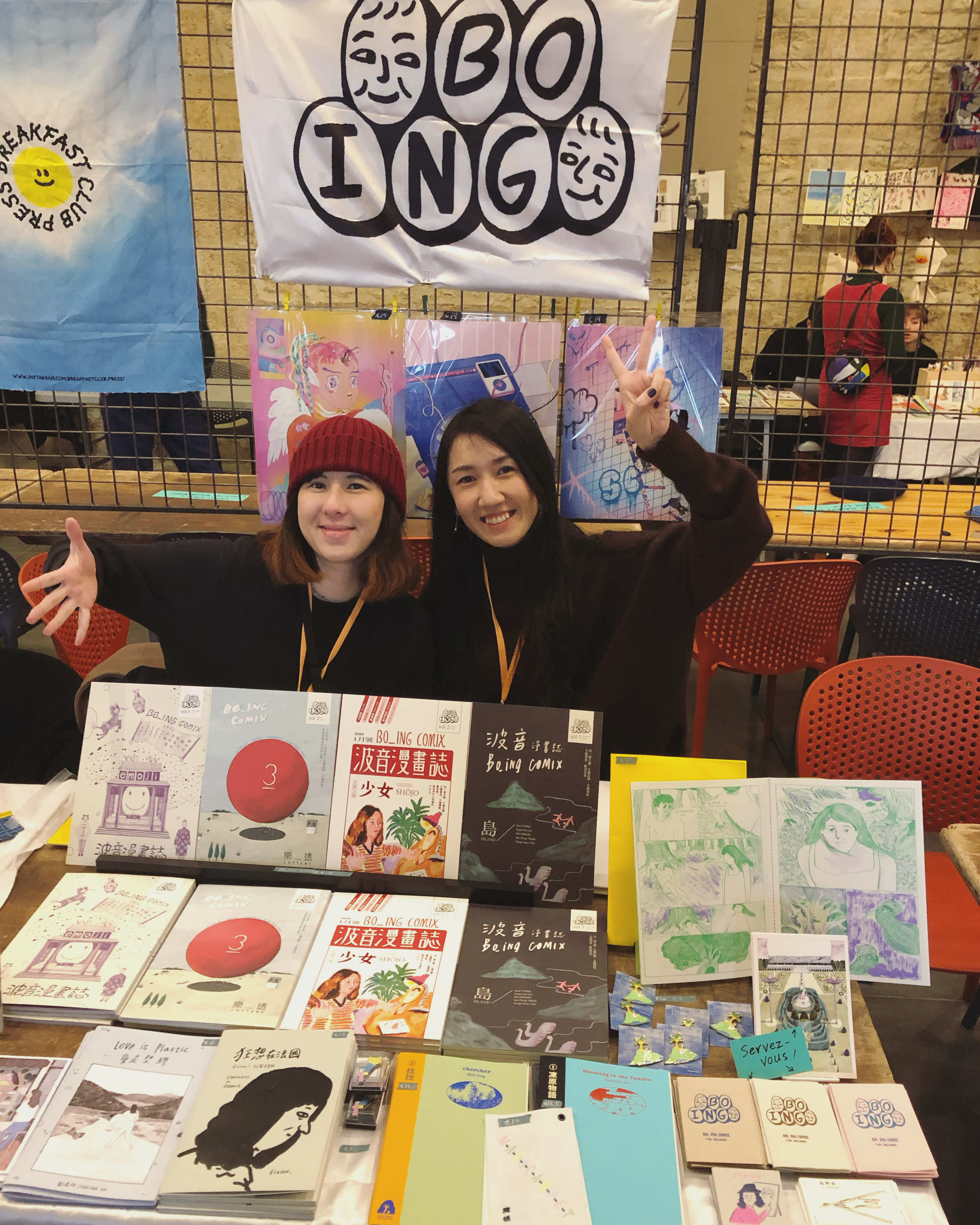