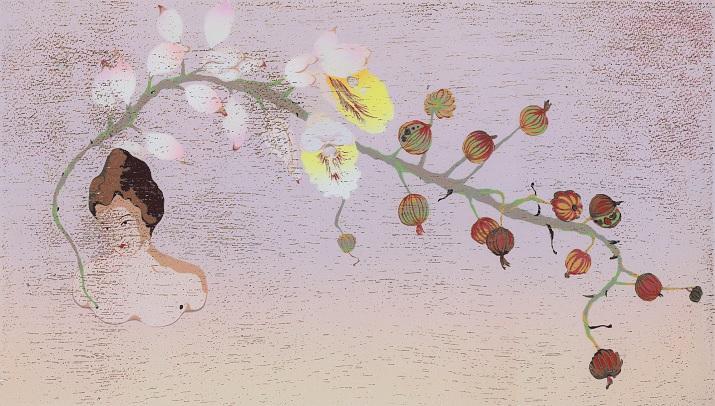 In celebration of its 25th anniversary, the Taipei Cultural Center in New York is pleased to present Dialogue on Printmaking: The Taiwan - US Exchange Exhibition, organized by Kuandu Museum of Fine Arts, Taipei National University of the Arts and in collaboration with the Taiwan Society of Printmaking and the Society of American Graphic Artists (SAGA). The exhibition will feature twenty-five Taiwanese artists including Wu Hao, Hsiao Chin, Liao Shiou-Ping, Shaih Lifa, and Lee Shi-Chi. Participating artists from SAGA are Michael Di Cerbo, Linda Adato, and three other well-known American printmakers. Each artwork in this exhibition has its own voice and aesthetics.

Due to its multiplicity and easy transferability, printmaking stands out among other art forms as a more common medium for international art events. This exhibition has collected artwork from the 1960s to the present, illustrating the transition of the art medium and the spirit of different periods. By learning the uniqueness of different print genres and the aesthetics of each participating artist, viewers will gain a whole new perspective on the world of printmaking.

Among them, Wu Hao’s Tulips displays a sharp contrast in colors—an artwork with blooming flowers depicted in black lines and a complex composition rich in solid colors. Inspired by the Taiwanese folk prints, Liao Shiou-Ping in Gates of Festivity employs images of doors, windows, and scissors, for instance, to represent the rhythm and simplicity of everyday life. Dawn Chen-Ping applies the techniques of lithography print and spot colors to create the hand-drawn effect in A Pit, whose composition is rather simple but rich in texture and its significance. In Grass Coat series, Yang Ming-Dye integrates sculptural concepts into printmaking and develops a two-dimensional print into a sculptural piece made of glass and paper. In 3 Minutes and 5 Minutes, Mei Dean-E attempts to subvert the concepts of printmaking by utilizing existing objects, the iron to create the burn marks thus elevate artistic quality. American artist, Michael Di Cerbo, in A Clear Night in Gotham applies geometrical images and the light-dark contrast to create a mysterious ambiance of the urban towering skyscrapers.

Through the showcase of the thirty artworks, the viewers will appreciate the artists’ cultural perception and interpretation toward their own roots, and meanwhile to initiate a dialogue between them. This exhibition was funded by the Ministry of Culture, Taiwan, and the Taipei Cultural Center in New York with the aim to facilitate a new era of cultural cooperation between Taiwan and US in the field of printmaking.