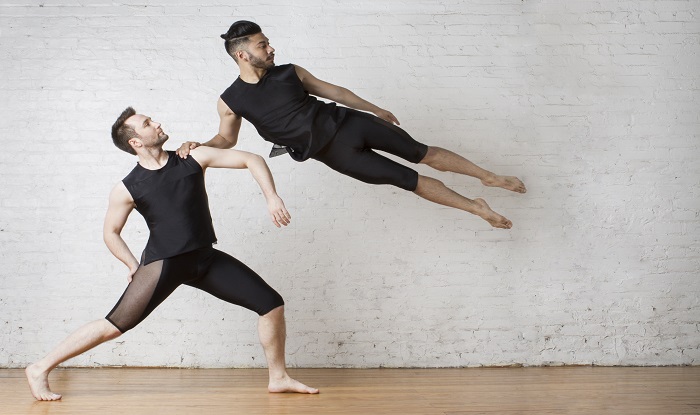 The Shadow and The Like unearthed feelings below the surface of curated online personas, bringing attention to the weight of this generation’s quest for digital acceptance. Born from tragedy, redemption and more, J CHEN PROJECT, a NYC-based modern dance company founded in 2008, translates the largest of questions about life via sensual, soulful movement and thought-provoking social engagement.

Jessica Chen was inspired to create this dance after learning about the suicide of Madison Holleran, a champion athlete from New Jersey, along with a new study noting the increase of suicide rates among adolescent women in recent years. Chen says, “The Shadow and The Like will use dance to translate unspoken fears in the digital age for a modern audience.”
Chien-Hao Chang, a long-time collaborator of Jessica Chen, was the recipient of a travel grant from Ministry of Culture in Republic of China to create work for J CHEN PROJECT’s The Shadow and The Like. Due to additional funding, Chang and Chen will continue their collaborations in the coming year, by visiting each other in Taiwan and New York City.

About Chien-Hao Chang
Chien-Hao is a choreographer and performer based in Taiwan. He graduated from the Dance Department of Taipei National University of the Arts. In 2011, he established CHANG Dance Theater with his three brothers.

In 2012, Chien-Hao was invited by Danse Elargie Competition, Paris to present his creation, Three for One. The next year CHANG Dance Theater’s production, TRIGGER, received a presentation invitation from Theatre De La Ville, Paris. He also presented his own work several times in Hong Kong, From 2012 to 2015.

About the performance
The Shadow and The Like
Sep.29, 30 and October 1 at 7:30
Dixon Place. Dixon Place 161 A Chrystie Street
More information: www.jchenproject.com