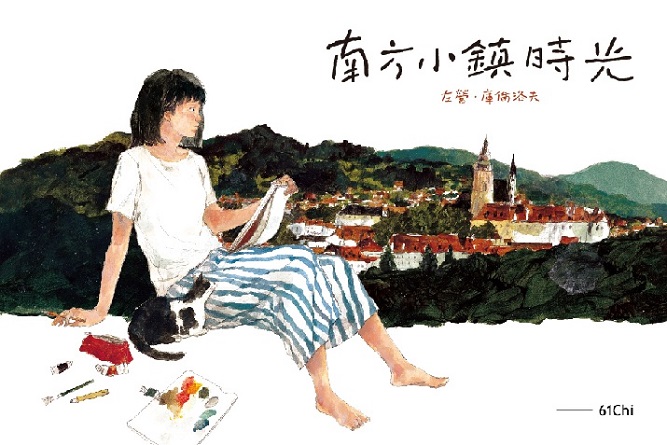 The annual New York MoCCA Arts Festival will take place at the "Metropolitan West" in Hell's Kitchen, Manhattan, on April 1st and 2nd. This exhibition features independent comics, and cartoon artists. The Taipei Cultural Center is delighted to present two emerging comic artists, 61Chi and Crystal KUNG in the festival with the hope of elevating the international visibility of Taiwanese comics and graphic novels in the US.

About the Comics Artists:
61Chi
61Chi was born in Kaohsiung, Taiwan in 1988. In 2007, she published her first Doujinshi illustration book and has so far published more than a dozen books. In 2014, her first comic work “ROOM” with Dala Publishing company marked the beginning of her career as a professional comic artist. “ROOM” was selected in 2015 TIBE Book Prize and won 2015 International MANGA Award of Ministry of Foreign Affairs of Japan. In addition to comics, her career also includes graphic design and illustration.

Crystal Kung
Crystal Kung is a young comic talent from Taiwan. She grew up in Taipei and graduated from Department of Communications Design of Taipei Shih Chien University in 2016. Besides comic and illustration, Crystal also focuses on character design and visual development for animation films. In 2016, she launched her first graphic novel ”The Little Drifter“, which will also be published as FRENCE and Italian editions this year. Crystal Kung currently is studying character animation at CalArts in LA.