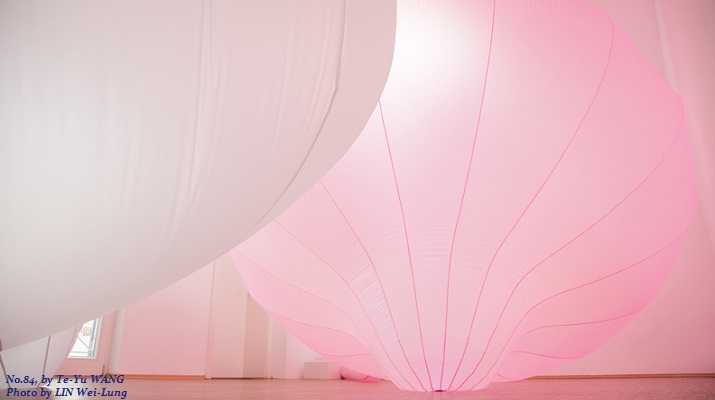 In this performance, CMFW will bring to the stage various interpretations of sizhu music and showcase the infinite possibilities of this hundreds-year-old genre. In “Classic Sizhu” CMFW will present a classical repertoire with fresh, novel arrangements; in “Modern Sizhu” CMFW will perform specially commissioned works from Taiwanese composers; while in “Poetry and Taiwanese Opera” the group will integrate lines of classic Tang poetry into the diverse musical modes of Taiwanese operatic style.


IMPRESSION FORMOSA—A SKETCHBOOK OF CONTEMPORARY MUSIC FROM TAIWAN
BY NEW ASIA CHAMBER MUSIC SOCIETY 新亞室內樂協會
4:00pm, Sat., June 10 (RSVP required)
TECO-NY (1 E. 42nd St.)
Ilha Formosa is the Portuguese historical name for Taiwan, meaning “beautiful island.” To depict this image, the concert will include three pieces by Taiwanese composers, among them Shiuan Chang and Huang-Ping Chang will be present at the performance.


FILM 電影
BEYOND FICTION: THE NEGLECTED VOICES BEHIND HISTORY
This series is part of Mid-Manhattan Library’s Sunday Movies program. All screenings will take place at the Library (455 Fifth Ave., 6th Fl.)

This four-film series goes beyond fiction to introduce a selection of titles exploring the neglected voices behind contemporary Taiwanese and East Asian society and history. All films are New York premieres, and are in Chinese with English subtitles.

Hebei Taipei Sun., June 4, 2:00pm
Li Nien-Hsiu, 2015, 92min (Followed by a conversation with the Director)
Li, a former soldier born in Hebei China, joined the army as a young man in order to survive. The war brought him to Taiwan, where he lived for six decades, and often dreamt of home. At the age of sixty, he decided to separate from his family, having no idea how his eventful life would come to an end…

After Spring, the Tamaki Family... Sun., June 11, 2:00pm
Huang Yin-Yu, 2016, 96min
The Tamaki family emigrated from Taiwan before World War II and became the largest Taiwanese immigrant family in Okinawa where they were political refugees under the 3-decade U.S. occupation. This is a film spanning 80 years about how a family waded through and survived in the tide of the vicissitudes of East Asian history.

Absent Without Leave Sun, June 18, 2:00pm
Lau Kek-Huat, Chen Jing-Lian, 2016, 84min
The story begins with a portrait hanging in a family home in Malaysia. The director sets out on a journey to discover the secret history of his country through the eyes of his grandfather.

Hang in There, Kids! Sun, June 25, 2:00pm
Laha Mebow, 2016, 90min
This film is about the long journey of three kids, raised in an isolated tribe in the mountains, who decide to set out on their own to help their beloved paraplegic teacher fulfill her dream.

LECTURE 講座及工作坊
Path to Life—A Steel Cable Connecting the World
Thu., May 18, 6:30pm
TECO-NY (1 E. 42nd St.)
Lecturer: Kang Mu-Xiang 康木祥, Sculptor
A notably insightful and innovative sculptor from Taiwan, Kang, who has devoted most of his career life to creating art from driftwood, will share the story of his latest challenge—using discarded elevator cables from high-rise buildings like Taipei 101, the former tallest building in the world and now the fifth, and implementing the concepts of oriental philosophy, such as rebirth and cycle of life, to create his newest series of work titled Life.

Taiwanese Hand Puppet Making Workshop
Sat., May 27, 2:00pm
Queens Botanical Garden (43-50 Main St, Flushing)
Lecturer: Wang Da Chung王大中, Puppeteer
The puppeteer will lead a children’s workshop where participants can decarate their own hand puppet based on traditional Taiwan had puppetry designs or create their own. Participants get to keep their puppet. Wang will also instruct participants on how to manipulate Taiwanese hand puppets.

On Beauty—An Architectural Quest for Home
Thu., June 22, 6:30pm
TECO-NY (1 E. 42nd St.)
Lecturer: Eric Wong王紀凡, Professor, Architecture School of Pratt Institute
The poet John O’Donohue writes: “Some of our most wonderful memories are beautiful places where we felt immediately at home.” So if home is where the heart is, then beauty must be in the heart. It is up to the individual to choose to see it. Wong will share some interesting travel observations and his views on architecture and aesthetics.