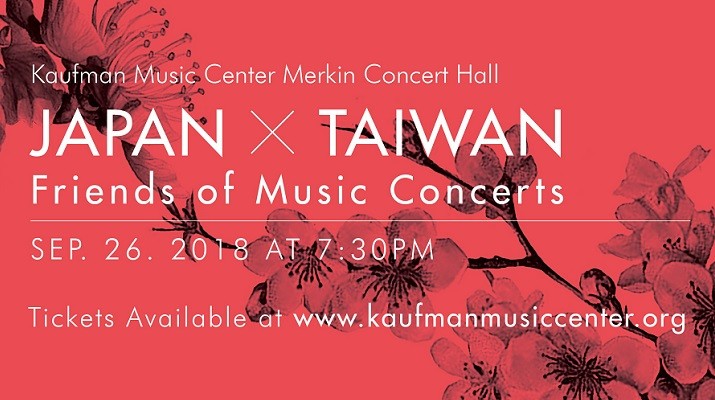 With the understanding that music and art becomes the binding force bringing diverse cultures together, this collaboration presents representatives from the island nations to join in a unified chamber music concert. This pilot project consists of two performances, one at Merkin Concert Hall at Kaufman Music Center in New York City on Wednesday, September 26, followed by a performance at Evermay Concert Series at the Ryuji Ueno Foundationon the 28th.

The first half of the program showcases compositions from the two countries plus other significant classical chamber music works. The second half brings all the musicians together to re-interpret Chausson’s famed Concert for Violin, Piano, and String Quartet, Op.21.