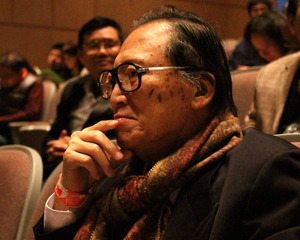 This documentary has been honored with Bronze Remi Award in 43rd Annual World Fest- Houston International Film Festival, 2010. Tyzen Hsiao is a Taiwanese composer of the neo-Romantic school. Many of his vocal works set poems written in Taiwanese, the mother tongue of the majority of the island's residents. His compositions stand as a musical manifestation of the Taiwanese literature movement that revitalized the island's literary and performing arts in the 1970s and 1980s.

Tyzen Hsiao's rich tonal style has earned him an international reputation as "Taiwan's Rachmaninoff." His compositions include works for solo instruments and chamber ensembles, many works for solo voice, and large-scale pieces for orchestras and choirs with soloists. His career in music includes additional success as a pianist and conductor.