Home
EVENT
All Hail the King: The Films of King Hu from June 6 to 17
AAA
FB google plus email 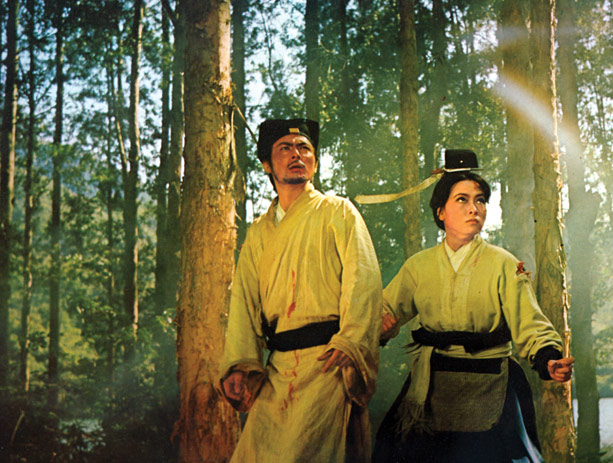 Taipei Cultural Center of TECO in New York is delighted to announce that from June 6 to 17, All Hail the King: The Films of King Hu, a 15-film tribute to the Chinese cinematic titan, will be co-presented with BAMcinématek.

Master of the martial arts movie, King Hu revolutionized the wuxia/swordplay film, introducing a refined sense of aesthetics, attention to mise-en-scène, and sense of mysticism to the genre that was borne out of his lifelong love for Chinese opera. With his unique blend of stoic, iconic heroes, realistic violence, and dance-styled fight choreography, Hu’s style influenced decades of subsequent Asian cinema, revolutionizing the wuxia in the same way that Sam Peckinpah and Sergio Leone modernized the Western. All Hail the King includes nine features by Hu alongside a globe-spanning sidebar of films that both influenced and paid homage to him.

Hu emigrated to Hong Kong as a teenager and drifted into jobs in the film industry, where he came to specialize as an actor and a set designer. For the famous Shaw Brothers studio, Hu worked as an assistant to director Han Hsiang Li on two films, including The Love Eterne (1963—Jun 7), a musical romance so popular in Southeast Asia that lines of its dialogue became catchphrases. Hu’s breakthrough film as a director, Come Drink With Me (1966—Jun 8), introduced the first of his many badass heroines: Cheng Peipei as the unforgettable Golden Swallow, first glimpsed decimating a tavern full of gangsters with her faster-than-lightning hands.

Already notorious for his meticulous, intractable attention to detail, Hu clashed with producer Run Run Shaw over Come Drink With Me and left for Taiwan to make Dragon Inn (1967—Jun 14), a Ming Dynasty revenge yarn that cemented Hu’s commanding mature style of dynamic widescreen compositions, tracking shots, and rapidly edited combat scenes. Two years in the making, A Touch of Zen (1971—Jun 6) is Hu’s magnum opus, depicting the larger-than-life battles between a female fugitive (Hsu Feng) and her pursuers from the point-of-view of a humble scholar (Shih Jun) who becomes her protector and lover. With its famously transcendental ending, A Touch of Zen literally took wuxia to another level.

Working independently and on a smaller scale after the box office failure of A Touch of Zen, Hu made the spy-vs.-spy melodrama The Fate of Lee Khan (1973—Jun 15), a claustrophobic “inn film”—Hu loved this setting, a place where people of all classes and professions would interact—that explodes into violence in the last reel. By contrast, The Valiant Ones (1975—Jun 13) is non-stop action from start to finish, as the titular heroes rout a gang of Japanese pirates along the Chinese coast.

Next Hu made two back-to-back films in sumptuous South Korean locations: the languorous supernatural epic Legend of the Mountain (1979—Jun 16) and the twisty Raining in the