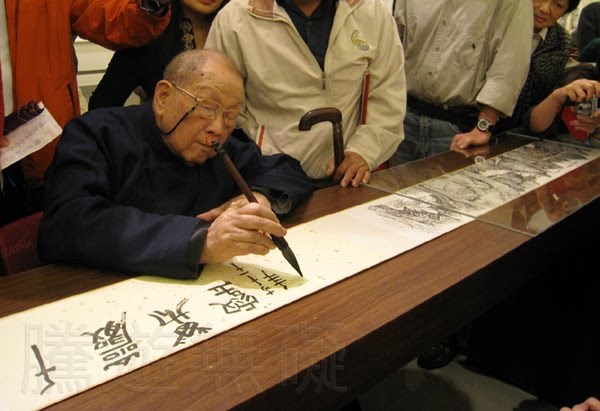 CALLIGRAPHY FROM THE SOUL — Chang Kuang-Pin

This documentary has been honored with Special Jury Remi Award in 44th Annual World Fest- Houston International Film Festival, 2011. Professor Chang Kuang-Pin is one of the prominent barriers of Chinese calligraphy and paintings. He has spent almost a century in studying, creating and teaching, the 100-year-old professor still moves forward in his settlement in Chinese calligraphy and painting. His insights in life and open-minded attitude are all reflected in his pursuit of line, texture and metaphors. Very much different from that of most modern artists who stress to represent partial visual world, his works always try to cast lights upon his admiration toward landscapes in calligraphy and painting.

After the screening of Chang Kuang-Pin the 2 documentaries screened before, Li Tai Hsiang and Tyzen Hsiao, will be played again. The audience who had absented from the documentaries could see all the three in one time.