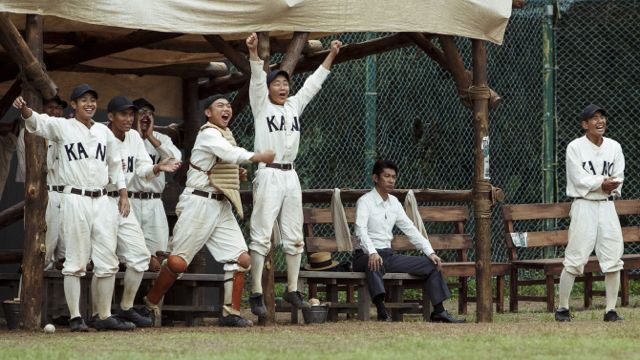 Taipei Cultural Center in New York is pleased to announce that 4 most anticipated films, including Umin Boya’s period baseball epic KANO, will be featured in this year’s New York Asian Film Festival, which starts from June 27 to July 14 at Lincoln Center Film Society.

KANO (North American premiere) is previously announced as of is festival’s Centerpiece Presentation, and the director Umin Boya will attend the screening. NYAFF will also honor Jimmy Wong Yu with the 2014 Star Asia Lifetime Achievement Award. Currently enjoying a bright Indian Summer in his long career, with juicy roles in Chung Mong-hong’s art-house slasher Soul (2013), he has set the template for modern kung-fu movies with The Chinese Boxer (1970), and was instrumental in kicking off the swordfighting (wuxia) movie craze with his star-making performance in Chang Cheh’s The One Armed-Swordsman (1967).

The star of Warriors of the Rainbow: Seediq Bale and already an award-winning television director, Umin Boya, makes his feature-film directorial debut with the true story of Kagi Agriculture and Forestry Public School’s baseball team. Known as the pioneers of Taiwanese baseball in the 1930s, this ragtag group of young players—made up of both Japanese and Taiwanese students—went from holding a losing record to playing in the finals of Japan’s high-school baseball tournament in one year under the leadership of their new Japanese coach (Nagase Masatoshi). A love letter to the sport of baseball and imbued with the never-give-up spirit, this three-hour crowd-pleasing sports epic is a triumph of Taiwan cinema and one of the highest-grossing local films of all time.

Failed actress Chan runs away to her hometown trying to stay a step ahead of debt collectors. While there, she discovers that the only way to raise the cash she needs is to start catering out of her stepmother’s hole-in-the-wall restaurant. As colorful as a bowl full of hard candies, Zone Pro Site is a delightful foodie comedy feast that will have you gnawing on the stuffing from your seat cushion in hunger.

A China-Taiwan cross-cultural rom-com with an excellent, unforced chemistry between its leads, Apolitical Romance follows Mainland girl (Huang Lu) as she visits Taiwan and gets involved with a local guy (Bryan Chang) who helps her track down her grandmother’s first love from 60-odd years ago.

Jimmy Wong Yu will attend the screening on July 5, and will be presented with the Star Asia Lifetime Achievement Award.
Back
返回頂端
關閉選單
Keywords: 文化部
fb youtube mail