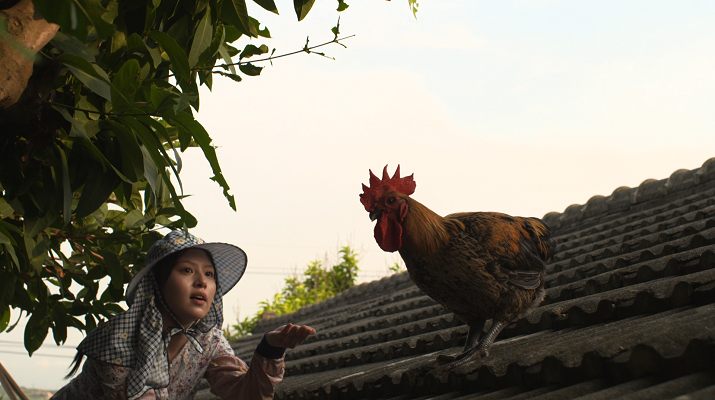 Twin Bracelets 雙鐲
DVD | Color | 1999 | 99 mins |
Sunday, April 12 | 2 PM
In a small Chinese fishing town, two teenage girls who are best friends become torn apart when one becomes happily married to a stranger and the other is cruelly betrothed to the abusive son of a wealthy family. Seeking to free herself from a lifetime of abuse, she desperately looks for a way out.
Directed by Yu-shan Huang 黃玉珊

God Man Dog 流浪神狗人
DVD | Color | 2007 | 119 mins |
Sunday, April 19 | 2 PM
An urban couple’s marriage is in crisis, so they go on a trip to eastern Taiwan, hoping to revive their relationship. An impoverished aboriginal couple, toils to transport peaches from a remote tribe in Taidong to Taipei every day. A man and a homeless boy collect all sorts of amulets to earn blessings. Then there's a fatal car accident and the lives of the three groups of characters converge.
Directed by Shining Chen 陳芯宜

The Shoe Fairy 人魚朵朵
DVD | Color | 2005 | 95 mins |
Sunday, April 26 | 2 PM
A girl who was born disabled always stays home reading fairy tales. She often wonders whether she has to exchange her voice for a pair of feet like the Little Mermaid if a prince really appears in her life. After a surgery, she can suddenly walk again. One day, she meets a man and they fall in love. Will they live happily ever after?
Directed by Yun-Chan Lee 李芸嬋

Hunter College：
*RSVP at chineseflagship@hunter.cuny.edu
The Golden Child金孫
DVD | Color | 2012 | 86 mins |
Wednesday , April 29, 1:15PM
In a village of Taiwan, Lehue, 70 years old, arranges a marriage between her only son Kam and a young Vietnamese woman Kimki. To Lehue, all she wants from Kimki is to share the domestic chores and to bear a grandchild. However, such a simple plan leads to unexpected dismay and surprises.
Directed by She-Wei Chou周旭薇