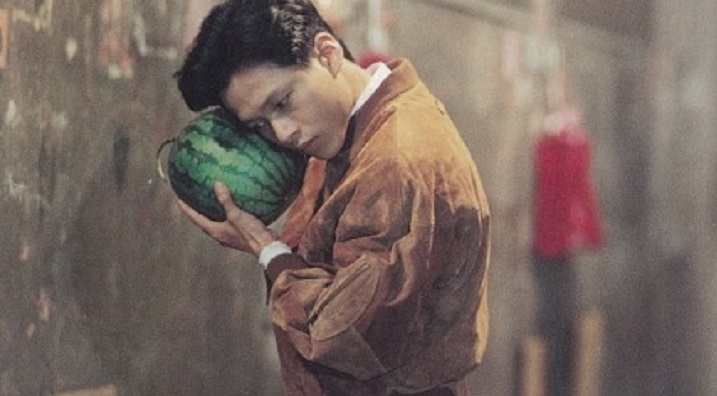 Taipei Cultural Center in New York is happy to announce that Tsai Ming-liang, the defining artist of Taiwan’s Second Wave of filmmakers, will be the subject of a major retrospective at Museum of the Moving Image, from April 10 through 26. It will be the most comprehensive presentation of Tsai’s work ever presented in New York.
Distinguished by a unique austerity of style and a minutely controlled mise-en-scene in which the smallest gestures give off enormous reverberations, Tsai’s films comprise one of the most monumental bodies of work of the past 25 years. And, with actor Lee Kang-sheng, who has appeared in every film, Tsai’s stories express an intimate acquaintance with despair and isolation, punctuated by deadpan humor.

The Museum’s eighteen-film retrospective, Tsai Ming-liang, includes all of the director’s feature films as well as many rare shorts and an early television feature (Boys, 1991), and the revealing 2013 documentary Past Present, by Malaysian filmmaker Tiong Guan Saw. From Rebels of the Neon God (1992), which propelled Tsai into the international spotlight, and his 1990s powerhouse films Vive L’Amour (1994), The River (1997), and The Hole (1998); and films made in his native Malaysia, I Don’t Want to Sleep Alone (2006) and Sleeping on Dark Waters (2008); to his films made in France, What Time Is It There? (2001), Face (Visage) (2009), and Journey to the West (2014); the retrospective captures Tsai’s changing aesthetic, his gradual (but not continual) renouncement of classical cinematic techniques, an evolution that is also underscored by the shift from celluloid to digital.

Other highlights include Stray Dogs, what many thought would be Tsai’s final film and which was lauded as one of the best films of 2014, and the ever astonishing Goodbye, Dragon Inn (2003), Tsai’s rueful backwards glance at the disappearance of the filmgoing culture of his youth.

All of Tsai's films that were made on film will be shown as imported, archival 35mm prints.
Rebels of the Neon God will have a much-awaited theatrical premiere, in a new digital restoration, at the Film Society of Lincoln Center and the Quad Cinemas in New York starting on April 10, 2015.
For more info, please go to MoMI.