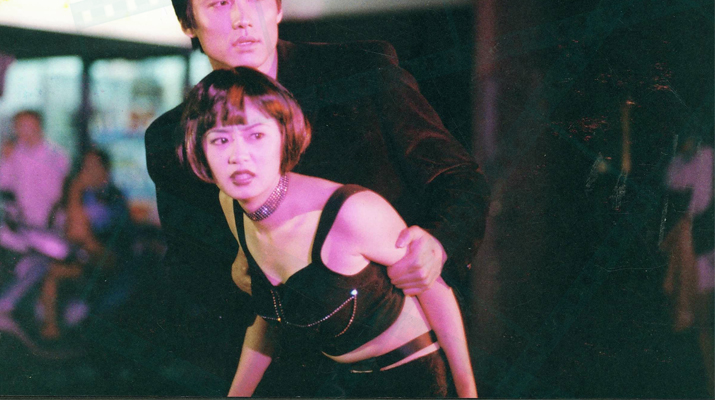 The Taipei Cultural Center in New York is proud to announce that it will launch its 2016 Taiwan Women’s Film Series this month. The series includes six films detailing the lives of women in Taiwan. The viewing locations and times are as follows:

Two teenage girls make a pledge to each other to be as "man and wife" in a small Chinese fishing town. The notions of women's rights or sexual freedom are absent in their culture, and when one becomes happily married to a stranger, the other is cruelly betrothed to the abusive son of a wealthy family. Seeking to free herself from a lifetime of abuse, Hui-hua desperately looks for a way out. The film won the 1992 San Francisco Gay and Lesbian Film Festival Award for Best Feature.

The year is 1943 and Taiwan is under Japanese colonization. After     finishing his studies in Japan, famous Taiwanese sculptor and painter Ching-Cheng Huang receives an offer to teach in Beiping Art School. He decides to visit friends and family back home before leaving for China but tragedy ensues. Decades later, Shou-shou, a fine art restorer with a crippling illness, finds one of Huang's paintings in an exhibition. As she restores the painting, Shou-shou learns about the artist, the stories behind his work and his death at sea.

2. The University of Scranton*

Different styles of dining can also be portrayed as different types of life. This urban implication of the multiple aspects of life, people with prestige and beauty, hidden struggles and temptation, are all portrayed through dining.

Based on the true story of a Tzu-Chi foundation volunteer Chen Ai-Lan, this film is made possible after a few years of field investigation. Lan grew up in an environment like that of many others: she had a home she wasn't sure she could go back to; she had a group of friends she wasn't sure she could trust. For her, being young was the only way one could combat this environment. Yet, upon her good friend's suicide, she finally realized that some things were much more serious than she had originally thought.

Different styles of dining can also be portrayed as different types of life. This urban implication of the multiple aspects of life, people with prestige and beauty, hidden struggles and temptation, are all portrayed through dining.

Our Times remains captivating and engrossing because it's relatable and fundamentally grounded in realism. Almost every adult, at some point, looks back at their life as a teenager to reassess their adult life, and Director Yu Shan Chen makes the reassessment quite delightful to watch.

“Juliets” is a bewitching omnibus of romances that are teasingly anti-romantic, or post-romantic. While the 3 directors exhibit markedly different tastes and styles, the central figures are all named Juliet (at least in Chinese pronunciation) and they all dress in red at some point. The stories embrace their feminine perspectives, regardless of their gender or sexual orientation. Red is the color of passion and danger, as well as luck and happiness (in Chinese culture). Each short is driven by some of these elements.

*Q & A with director Yu-Shan Huang

Complimentary admission for all screening

Yu-shan Huang, born 1954, is an accomplished filmmaker from Penghu Island, Taiwan. Well-known for her commitment to women's issues, she has also established the Taiwan’s Women’s Make Waves film festival, and the South Taiwan Film Festival, which features works by independent filmmakers from many countries. Returning to Taiwan after obtaining her MA in Cinema Studies at the Tisch School of the Arts at NYU in 1982, Yu-shan Huang launched her career as a filmmaker and film critic.  She became quite famous internationally as the director of the film The Twin Bracelets, which critiques the suppression of women. Since the 1990s, Yu-shan Huang has directed a number of other noteworthy films, such as Peony Birds, Spring Cactus, The Strait Story, The Song of Cha-tian Mountain, The Forgotten and Southern Night, as well as many documentaries. Her latest feature, Taste of Life, was released in Taiwan in 2015. Apart from working as an independent film director, she also teaches film-making at Tainan National University of the Arts (Taiwan).
Back
返回頂端
關閉選單
Keywords: 文化部
fb youtube mail