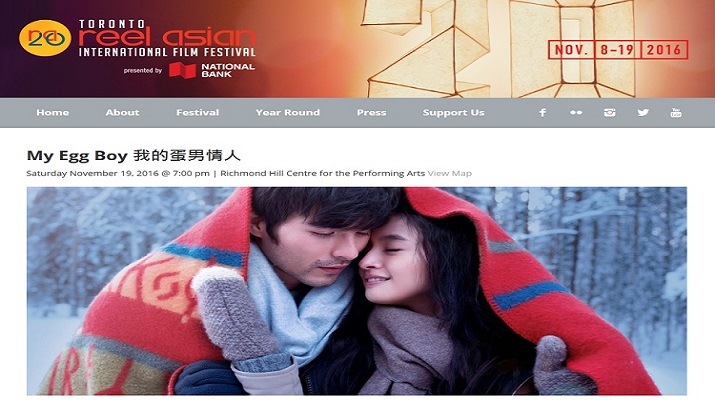 The Taiwanese romantic comedy MY EGG BOY and unconventional family drama LOST DAUGHTER have been selected for this year’s edition of Toronto Reel Asian International Film Festival 2016 and will have their Canadian premieres on Nov 12 and 19 with Dir. Fu Tien-Yu and the leading actor Rhydian Vaughan in person.

Staring Ariel Lin and Rhydian Vaughan, MY EGG BOY is a story about love and the value of lives. For women live in modern days, to have children or not is a question more complicated than love. For those whose biological clocks are ticking, egg freezing may prolong their fertility. Evoking smiles and tears from audience members, this film provides a glimpse of what millions of working women struggle with: finding the balance between pursuing a career and marriage.