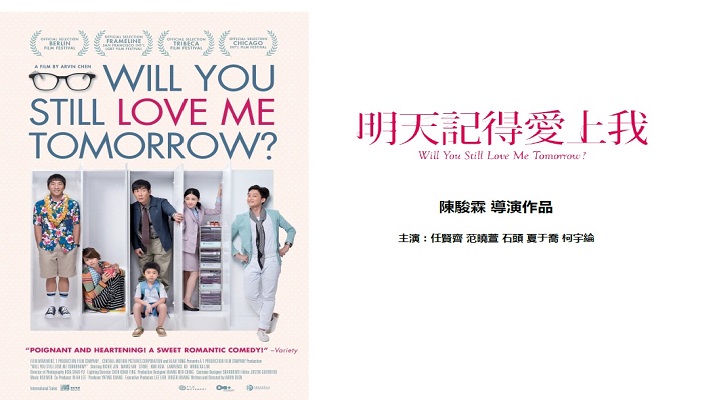 Directed by Taiwan’s Arvin Chen, WILL YOU STILL LOVE ME TOMORROW? will be released in AMC Empire 25 Times Square starting from Jan. 17

chosen for the World Narrative Competition in this year’s Tribeca Film Festival. Arvin Chen’s first film AU REVOIR TAIPEI received raves of good reviews in international festivals, and this time he comes back with a romance comedy. “Straitlaced optometrist Weichung is finding the typical married life difficult. Then he bumps into an old flame, setting off an unexpected array of dormant emotions. Meanwhile, his sister Mandy flees her sad sack fiancé, coping via food and the fantastical appearance of a daytime soaps star on her couch. Arvin Chen’s sophomore feature is a fresh and playful comedy about the odd realities of desire in a traditional society and what happens when you seek a big change,” commented by Tribeca Film Festival, which included this year last spring.
Back
返回頂端
關閉選單
Keywords: 文化部
fb youtube mail