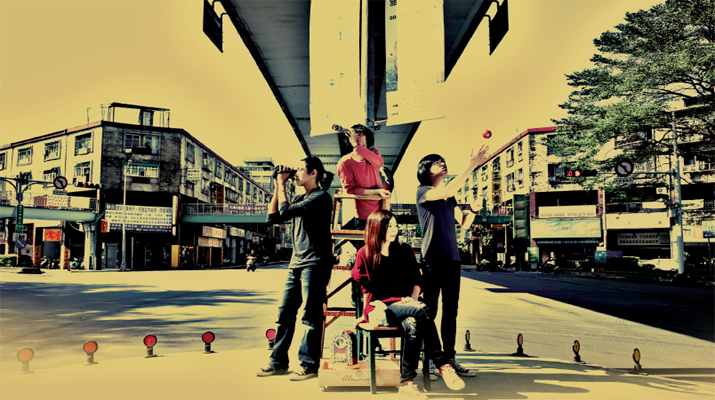 Like Toronto and Canada, Taiwan is an international crossroads, a place where diverse cultures and the past, present and future intermingle and coexist. Its artists draw upon a rich history of tradition and values but are not bound by them, creating works that look outward and have a global perspective — and appeal. Performing Taiwan is a contemporary cultural showcase that will challenge preconceptions of the island’s culture with a mix of emerging and established artists in a variety of formats spread over four days:

Chi (Membrane) writes and thinks like no one else on this strange planet — science fiction meets queer lit from a devoted translator of Italo Calvino. Shih (City of the Queen) is an influential cultural figure in Taiwan and Hong Kong who writes searingly and perceptively about the relationships between colonizer and colonized. Jan. 22, 2 pm, East Asian Library, Robarts Library, University of Toronto

Listening to the music of 1976, formed in Taipei in 1996, is like taking a tour of Taiwanese rock over the past two decades — with Morrissey and Robert Smith as your guides.

Short One Player, a company at the leading edge of a new generation of Taiwanese artists, brings its distinctive table-top puppetry to Toronto, performing the poetic and universal story of The Little Child. Dance Theatre XX presents Lament of the Exile by choreographer Zhang Xiao-Xiong; acclaimed for his originality and integration of art forms, he blends dance, literature, photography and arts installation to explore the cultural ambiguity of those cut adrift in a world of disappearing boundaries. Jan. 24 and 25, 8 pm, Enwave Theatre, Harbourfront Centre

1:30 pm – A Year in the Clouds: The story of the Tayal people, who turned a 2,000 year old forest into an eco-tourism attraction — and then did something remarkable with the profits.

3:15 pm – Song of the Forest: A documentary that shows the beauty of Taiwan’s forest ecosystem and its alternating history of preservation and damage.

6:00 pm – Will You Still Love Me Tomorrow?: Taiwanese American director Arvin Chen takes the ingredients for a repressed-love tragedy — a married man questioning his sexual orientation — and turns them into a swirly delight of subtle comedy and smiling color.

Performing Taiwan is supported by the Ministry of Culture, R.O.C. (Taiwan), organized bythe Taipei Economic and Cultural Office in New York, and curated and produced by Soundpool Productions of Toronto. The showcase is part of the Canadian Arts Presenting Association’s (CAPACOA) 26th annual conference, “The Culture of Curiosity,” which will bring 250-plus delegates and select international presenters to the Intercontinental Toronto Centre Hotel and various Toronto venues from Jan. 22 to Jan. 25.

· For more details and updates about Performing Taiwan: A Contemporary Cultural Showcase, check out www.performingtaiwan.com

· To find out more about the CAPACOA conference, click here: www.capacoa.ca