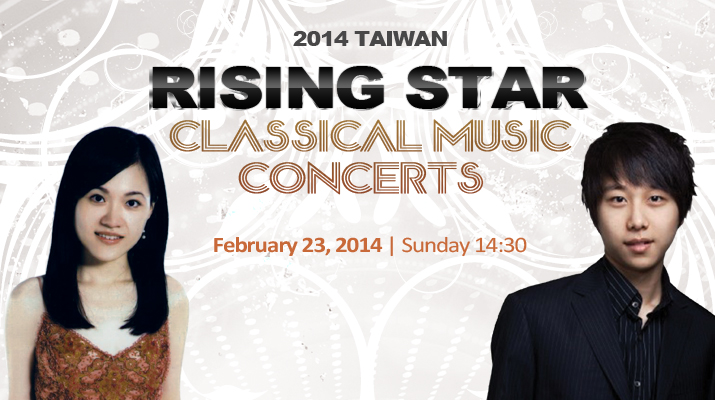 ※Thank you for interesting in this event. This event is now fully booked. Online RSVP is closed.

A victory at the 2012 CAG Victor Elmaleh Competition is the latest in a growing list of awards for Steven Lin, an immediately engaging and imaginative young Taiwanese American pianist.  The Baltimore Sun declared his recent performance “elegantly refined,” listening to Lin as soloist in Rachmaninoff’s Rhapsody on a Theme of Paganini with the Baltimore Symphony.  His vibrant playing at the 2013 Van Cliburn International Piano Competition was recognized both by the critics (“…thoroughly enjoyable both as music and as a performance”–Ft. Worth Star-Telegram) and the judges, who selected him for the John Giordano Jury Chairman Discretionary Award.

Steven Lin’s artistry was clear from an early age when he was accepted into the Juilliard Pre-College Division on a full scholarship at the age of ten to study with Yoheved Kaplinsky. A two-time winner of the Juilliard Pre-College Piano Competition, he made his debut with the New York Philharmonic in Avery Fisher Hall at the age of 13. Additional concerto engagements include the New Jersey Symphony, Tulsa Symphony, Orlando Philharmonic, Hilton Head Symphony and Sendai Symphony Orchestra in addition to the Baltimore and New York appearances.

The pianist’s broad musical interests allow him to move with ease between concertos, recitals and chamber music, enjoying appearances around the world at important venues including the Louvre and Salle Cortot in France, National Dublin Hall in Ireland, Seoul Arts Center in Korea, Sendai Cultural Center in Japan, and Avery Fisher Hall in the United States. Recent recitals debuts include the National Chopin Foundation in Miami and the International Piano Series in Charleston. Steven Lin has appeared on radio broadcasts including NPR’s From the Top and WQXR’s McGraw Hill Young Artist Showcase.

During the CAG Competition, Mr. Lin’s compelling artistry was further recognized with a special piano prize. Also in 2012, he was a prizewinner at the William Kapell International Competition, The Juilliard School’s Gina Bachauer Piano Competition and he claimed an unprecedented three honors at the 2012 International Hilton Head Piano Competition, cited for his excellence in baroque and contemporary music as well as his overall pianism.

Steven Lin earned both Bachelor’s and Master’s Degrees at The Juilliard School, studying with Robert McDonald and Matti Raekallio. Since fall 2013 he has pursued a Performance Diploma from the Curtis Institute of Music, under the guidance of Robert McDonald. When not making music, Steven Lin describes himself as an “NBA basketball fanatic,” a source of great pride and commitment which began when he was eight years old.

Critics of The New York Concert Reviews described the debut of Alice Lu in a Weill Recital Hall of New York Carnegie Hall as "a joyful caprice... and offered the promise of further depth and subtlety".

Alice Lu earned her Bachelor of Music degree from Manhattan School of Music, where she was a scholarship student of Prof. Solomon Mikowsky. Upon receiving the L. & G. Goldberg Fund in Piano, Ms. Lu entered The Juilliard School for the Master of Music, and The Graduate Center, City University of New York for the Doctor of Musical Arts studying piano under Prof. Martin Canin and chamber music with Prof. Jacob Lateiner. She also serves on the piano faculties at Hunter College, CUNY and The Piano School of NYC.
Back
返回頂端
關閉選單
Keywords: 文化部
fb youtube mail