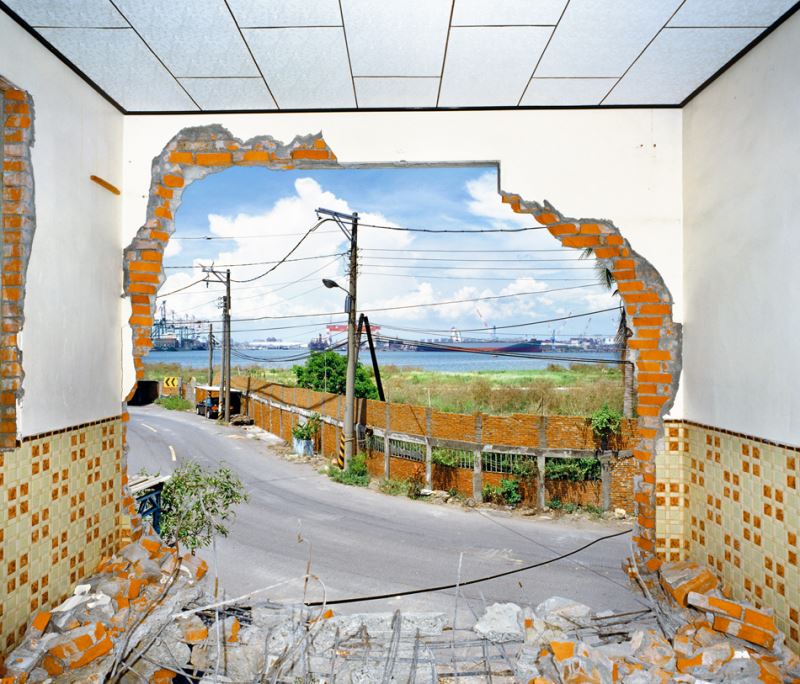 Taipei Cultural Center of TECO in New York proudly presents The Place Where We Belong to: Contemporary Art by Young Taiwanese Artists, a group exhibition held at Taiwan Academy in New York, 1 East 42nd Street, New York from March 27th through May 30th, 2014 with an Opening Reception on March 27th, 2014 from 6:30-8:30PM.

Funded by the Ministry of Culture of Taiwan, R.O.C, this show is organized by National Taiwan Museum of Fine Arts. The exhibition comprises the following participating artists: HSU Pei Cheng, CHEN Po-I and CHEN Ching-Yuan. This exhibition is also a part of Asia Week New York.

The theme of this exhibition is The Place Where We Belong to, with the term “place” representing one’s physical geographical location and also everyday dwelling place and sense of spiritual belonging. The “place” thus indicates a state of figurative existence, while also symbolizing abstract and perceptual spatial cognition. The three contributing artists have created works based on the multiple interpretations of the concept of “place”, with illustrations of the Taiwanese culture, everyday scenarios and settings aesthetically integrated in their artworks. The objective of this exhibition is to introduce Taiwan through the unique and diverse artistic perspectives of these young artists and to share with the New York audience the place where unique Taiwanese artistic culture originates.

The landscapes portrayed by HSU Pei Cheng are usually fusions of realistic and fictional spatial dimensions, with allegorical visual layouts formed by the connected visual elements. The architectures and objects selected hint at the social views and aesthetical constructions that the artist hold and employ for the concept of “place”.

Included in this exhibition is Hsu’s recent creative series, Island Episodes. Comparing to other conventional landscape paintings, his visual approach brings together various elements, and infuses the two-dimensional space with the dualistic ambiance of deconstruction and construction, with alienated landscapes within the context of the notion of “place” presented. With the impressions of being independent and ritualistic that the idea of “island” holds, the artist attempts to portray a state of being an exception, with the floating island treated as an allegorical object that is opened for interpretation.  The illusive yet realistic image reveals the unrealistic qualities found in realistic experiences. This ambiguous and ambivalent state of suspension echoes with the artist’s statement of “whether the landscape is summoned from memory or configured by time, or a part of the imaginary treks for the future prompted by apocalyptic predictions, the principal subject will return to the cognitive depth to urgently look into one’s own existence.”

With a professional background in hydraulic and ocean engineering, CHEN Po-I is particularly interested in land development and environmental issues. Through a series of outlooks from windows, the internal and external relationships of those places are explored, and through his surveys of these social settings, segments of Taiwan’s life and history are meticulously analyzed and presented.

The artworks included in this exhibition are based on abandoned houses in Taiwan’s Hongmao Harbor. The houses’ previous residents were relocated when the location was demolished in 2007 to 2008, and the image series captures the remaining objects in the vacant houses, remnants of previous existences, and also outlooks from the torn windows at the surrounding industrial landscape.

The investigation of the history of life is conducted with the analysis of remnants, and CHEN’s specimens include abandoned houses from the 70s, 80s, 90s, and also those vacated after the turn of the millennium. Therefore, the objects he has come across have the span of four decades of history, making the editing critical for the recreation of the history of life, including which objects to keep, which wall to capture, and how to transform the site into a bright theatrical setting composed of the remnants. The object theatre created for this creative series places emphasis on the local social and historical value that Hongmao Harbor holds, which is often overlooked in lieu of the nation’s Developmentalism priorities.

“Traces” are addendums of memory for absent objects, and they also make up the process for reading life’s occurrences. The “outlook”, or the view out the window, is an opening that connects people with the land. With the rise of industrial developments, the community in Hongmao Harbor began to dwindle, with people’s impressions of the land continuously recreated. Nevertheless, the views out the windows have become discontinuous segments of the Hongmao Harbor topography.

CHEN Ching-Yuan received his B.A. and M.F.A. from the Taipei National University of the Arts, and is the recipient of the Kaohsiung Art Award and the Outstanding Art Prize from the Kuandu Museum of Fine Arts. CHEN predominantly creates paintings and animations, and in the recent years has begun to experiment with mixed-media. His artistic style employs many symbols and graphics representative of the young internet generation, with the chaotic visual symbolism forming a unique style composed of eschatological fables. What makes CHEN’s art different from other creative contents of anime/manga (Cartoon) elements is that his work is not simply about sentimental fantasies prevalent in the otaku culture; moreover, he creates art based on the profound values and viewpoints of his generation based on social conditions and personal positions.  With copious amounts of graphics, words, information used in his art, the artist wants to convey a global perspective enwrapped by media, and at the same time, he is also reflecting a liquid state that lacks historical weight. Two of his iconic series, The Liquid State and Staggering Matter, are collected by the National Taiwan Museum of Fine Arts.

Exhibition Title: The Place Where We Belong to : Contemporary Art by Young Taiwanese Artists