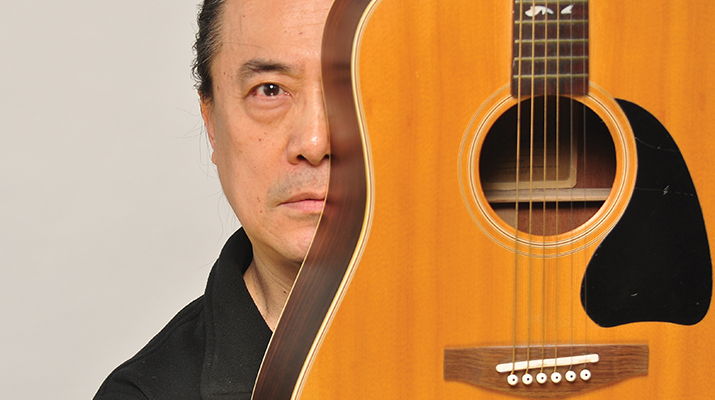 Taipei Cultural Center will present Master Class on March 30th at Taiwan Academy. We sincerely invite you to join.

“Campus Folk Song” is revolutionary music in a new style combining folk and country melodies. It originated in Taiwan and has been welcomed into the fabric of young student society all over the world for the past three decades. Since the 1960’s Taiwan has experienced all kinds of shocking western influences, not the least of which has been actual preference in music. American songs are stereotyped as modern symbols and are widespread throughout the Taiwanese market. Whether from jazz, country, rock and roll, soul, disco, rap, or hip- hop, any one of them can represent a specific era, which fashionably attracts the youth into that particular age. Under this atmosphere Campus Folk Song came into being in Taiwan in the 1970’s. It immediately became extremely popular but reached its apex in the 1980’s and early 1990’s. Looking into the developing modernization in Taiwan, Campus Folk Songs can be recognized as the most successful new cultural achievement up to now.

Born in Taiwan, received his B.A. from National Chung-Hsing University and M.A., M.Ed., and Doctor of Education from Columbia University.

Hsing-Lih Chou is one of the original pioneer composers of “Campus Folk Songs,” revolutionary music in a new style combining folk and country melodies, which has been welcomed into the fabric of the young student society for the past three decades. He is recognized as a leading Taiwanese dialect and Chinese folk singer in America and has performed in many prestigious New York halls and festivals, including Alice Tully Hall and Lincoln Center Out-of-Doors Festival, Rubin Museum and Queens Museum. His annual Taiwan Songs benefit concert has become the most popular event in New York for Chinese senior citizens.

He is a professor at BMCC, City University of New York, Center for Ethnic Studies and specializes in Asian American History and Chinese Culture and Heritage. A former faculty member of Fordham University, Dr. Chou is considered a specialist in Chinese culture, Mandarin and international educational development.

A passionate fund raiser for non-profit organizations and a strong advocate of community service, Dr. Chou is executive director at New York Institute of Culture and the Arts. He is also a frequent lecturer and curator for many art exhibitions, such as Cork Gallery, Lincoln Center, and Flushing Town Hall Gallery and has been chief coordinator for many cross-cultural festivals including Asian-Pacific Heritage Month, Ellis Island, National Park of the Statue of Liberty.