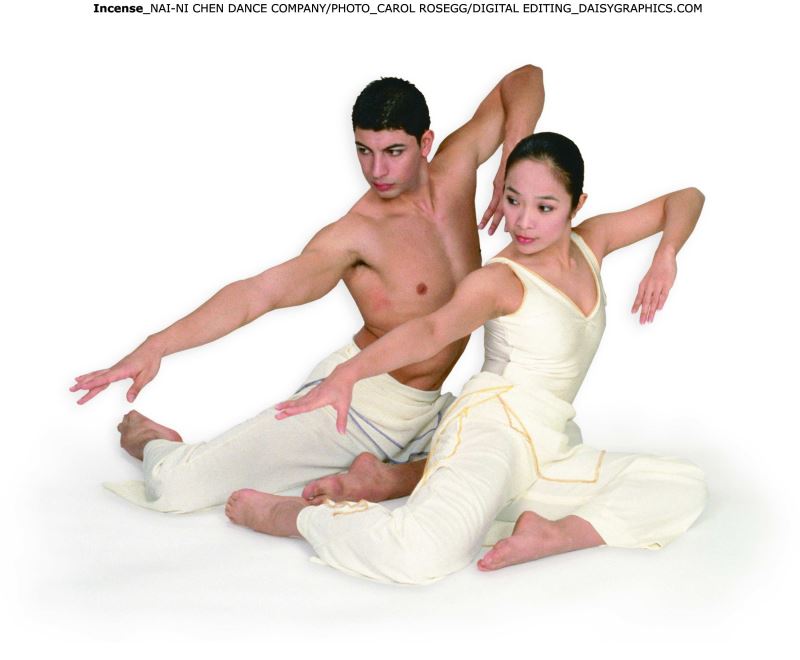 
Fort Lee, NJ - The Nai-Ni Chen Dance Company celebrates its 25th anniversary season on April 26th at 8pm and April 27th at 3pm at the Salvatore Capezio Theater at Peridance on 126 East 13th Street with a program that samples the live music the Company has commissioned for Nai-Ni Chen’s work in the past fifteen years. Ticket prices are $15 for students and seniors, and $25 for the general public.

The program features Ms. Chen’s most recent collaboration, Not Alone, with composer Chen Yi and the Prism Saxophone Quartet. Not Alone is Nai-Ni Chen’s exploration into the realm of identity, independence and introspection. She questions if one can truly be alone with the multiple identities and roles we play every day and every moment, and with our heroic struggle to be independent. A famous Tang Dynasty Poem by Li Bai, Drinking Alone under the Moon, served as the beginning of the exploration.

Besides the internationally acclaimed Prism Saxophone Quartet, Nai-Ni Chen has invited five world renowned musicians to join the performance: the Ahn Trio, Glen Velz and Joan La Barbara, all of whom will perform live to showcase their work with the Company. Joined by Joan La Barbara, the Company performs Incense, a quartet to the composer’s voice over tape, commissioned by the Company in 2011. Incense has toured all over the world to Asia, Europe and North America. The Ahn Trio and Nai-Ni Chen created a production, Temptation of the Muses, in 2010 that has toured across the United States and Canada. The Company will perform Concrete Stream, a poetic piece composed by Kenji Bunch, which shows the integration of music and dance musically and physically on stage. Glen Velez, one of the world’s leading hand-drum masters and an expert in Central Asian Music, wrote the music for Whirlwind that was choreographed for 7 dancers by Nai-Ni Chen in 2013. Mr. Velez will share an excerpt of the new work in this concert. Company dancers to appear in this concert are: Greta Campo, Justin Dominic, Jenna Graves, Eun Kyung Hong, Daniel Johnson, Yoosik Kim and Kristen Lau.

After the concert, the choreographer, composers and musicians will share their thoughts with the audience about the unique experience in creating and performing a concert of live music and dance, crossing genre and culture together.