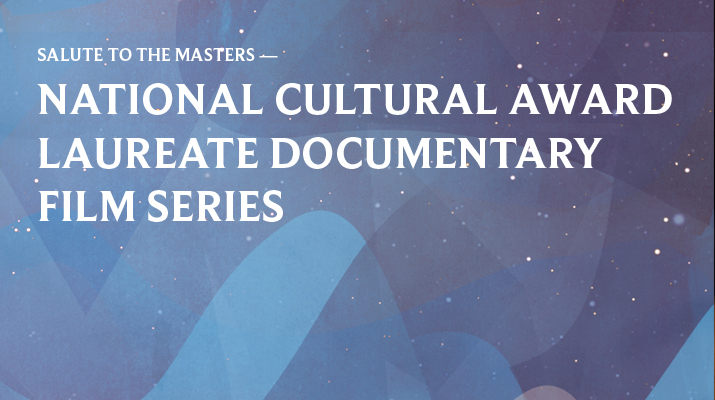 It is our pleasure to announce that Taiwan Academy of TECO in New York will launch its Film Thursday program with “Salute to the Masters: National Cultural Award Laureate Documentary” film series, which includes 3 documentaries of National Cultural Award laureates. The Executive Yuan National Cultural Award is a lifetime achievement award that honors those who have made special contributions to the maintenance or enhancement of culture, and is the highest honor for an individual in cultural circles of Taiwan. Since the award was established by the Executive Yuan of Taiwan in 1980, a total of 68 artists have been honored in fields such as education, literature, cinematic, art and dance etc. The 3 documentaries are as follows:

Li Tai-hsiang is the composer of the popular classic, “The Olive Tree.” His compositions are well-known throughout the Chinese-speaking world; his artistry has elevated the standard for popular music and nurtured generations of songwriters.
Li paid much attention to music popularization in addition to composing rigorous classical music works.
He thinks that there could exist a new opening between art and popular music. His songs combined not only the exquisiteness of academies, but also touched, explored, and ingeniously blend various viewpoints of diverse cultures.

This documentary has been honored with Bronze Remi Award in 43rd Annual World Fest- Houston International Film Festival, 2010. Tyzen Hsiao is a Taiwanese composer of the neo-Romantic school. Many of his vocal works set poems written in Taiwanese, the mother tongue of the majority of the island's residents. His compositions stand as a musical manifestation of the Taiwanese literature movement that revitalized the island's literary and performing arts in the 1970s and 1980s.
Tyzen Hsiao's rich tonal style has earned him an international reputation as "Taiwan's Rachmaninoff." His compositions include works for solo instruments and chamber ensembles, many works for solo voice, and large-scale pieces for orchestras and choirs with soloists. His career in music includes additional success as a pianist and conductor.

This documentary has been honored with Special Jury Remi Award in 44th Annual World Fest- Houston International Film Festival, 2011. Professor Chang Kuang-Pin is one of the prominent barriers of Chinese calligraphy and paintings. He has spent almost a century in studying, creating and teaching, the 100-year-old professor still moves forward in his settlement in Chinese calligraphy and painting. His insights in life and open-minded attitude are all reflected in his pursuit of line, texture and metaphors. Very much different from that of most modern artists who stress to represent partial visual world, his works always try to cast lights upon his admiration toward landscapes in calligraphy and painting.