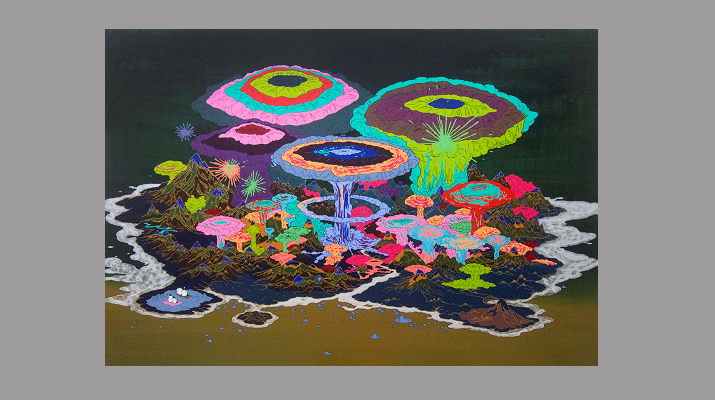 The Ministry of Culture, Taipei Cultural Center of TECO in New York is glad to announce that Taiwanese artist, Chang Teng-Yuan and curator, Wang Chun-Chi will participate spring Open Studios of ISCP from April 25 - 27th, 2014. It will hold a private VIP hour to launch Open Studios on Friday, April 25th, from 6 – 7pm. ISCP is one of artists-in-residency programs that are sponsored by the Ministry of Culture of Taiwan, R.O.C. regularly to create a cultural exchange opportunities for Taiwanese artists and curators.

Artist, Chang Teng-Yuan
Born in 1983, in Kaohsiung, Taiwan. Completed his study at MFA, Graduate Institute of Plastic Arts, Tainan National University of The Arts in 2010. His major solo exhibitions include The Burglar of Visual Signals: An Adventure Beyond Boundaries(Kaohsiung Museum of Fine Arts, Kaohsiung, 2011). Participated in many overseas group exhibitions including Germany, Beijing, Tokyo, Korea, Hong Kong and Singapore. Awarded for Kaohsiung Art Award (2008) and Taipei Art Awards (2009).

Curator, Wang Chun-Chi
WANG Chun-Chi's work develops ideas that lead into a collaborative process-based working relationship with artists to examine issues she considers crucial, such as: critically assessing contemporary culture, investigating the way meaning is constructed and endowing the world with complexity at a time when the surface is rarely scratched and time is short. Her curatorial voice endeavors to make people re-think, slow down, delve beneath the surface and to excavate rather than simply consume. It does not summarize or offer answers, rather it asks questions that lead to contemplation, discussion, and new thoughts about the world around us.

WANG Chun-Chi is a Taiwanese artist and curator based in Berlin. Recently, she was the Assistant Curator, Taipei Biennial, 2012 and the Organizer, WEEKEND Project, Berlin, 2010-2011. Other recent exhibitions curated include No One River Flows, Kuandu Museum of Fine Arts, Taipei, 2014; Urban Synesthesia, Taipei, 2013; Immaterial Project, Paris, 2012; Liquidshell,
Berlin,2011; Edition N.1-Wonderland, Berlin,2011; Tangible Intangible, Berlin, 2010 and Future Guide to the Web, New York, 2001. She is the Founder and Director of IDOLONSTUDIO, Berlin.
Back
返回頂端
關閉選單
Keywords: 文化部
fb youtube mail