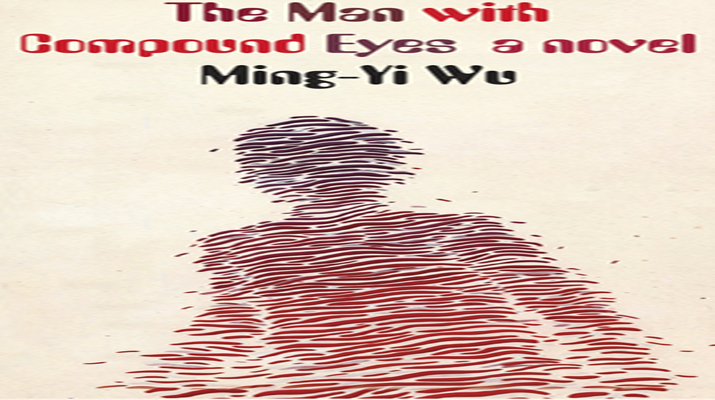 Taiwanese author, Wu Ming-yi, has had his American Version of the Man with the Compound Eyes published this year. English version was published in 2013 and gained many positive reviews from main media including The Independent (London) , The Guardia, etc.

When a tsunami sends a massive island made entirely of trash crashing into the Taiwanese coast, two very different people—an outcast from a mythical island and a woman on the verge of suicide—are united in ways they never could have imagined. Here is the English-language debut of a new and exciting award-winning voice from Taiwan, who has written an “astonishing” novel (The Independent) that is at once fantasy, reality, and dystopian environmental saga.

A work of lyrical beauty that combines magical realism and environmental fable, The Man with the Compound Eyes is an incredible story about the bonds of family, the meaning of love, and the lasting effects of human destruction.

Born in Taipei in 1971, Wu Ming-yi, full professor in the Department of Sinophone Literature of the National Dong Hwa University, is a writer specialized in nature writing and fiction. His debut title Lord Tiger, a compilation of short stories, garnered the United Daily Literary Award in 1997. Three years later, his first nature writing, The Books of Lost Butterflies received Taipei Literary Award and was named one of the Top Ten Books of the Year (2000) by “Central Daily News”. And the second The Dao of Butterflies, published in 2003, was the annual 10 books on the Open Book Page of the Chinatimes and the most influential books of the Kingstone Bookstore. His debut novel, Routes in the Dream (2007), hailed as a groundbreaking work of literary historical fiction, was nominated for every major award and was chosen as one of the ten best Chinese-language novels of the year by Asian Weekly magazine. In 2011, Wu made his big break with his fourth novel, The Man with the Compound Eyes. Ten months after its publication, in November, 2011, Harvill Secker acquired the global English right to the novel. In 2012, HS sold Pantheon/Vintage the American right. Then Stock acquired the French right. His latest work, also published in 2011, is the collection of short stories, The Illusionist on the Skywalk. Both of The Man with the Compound and The Illusionist on the Skywalk received China Times Open Book Award.