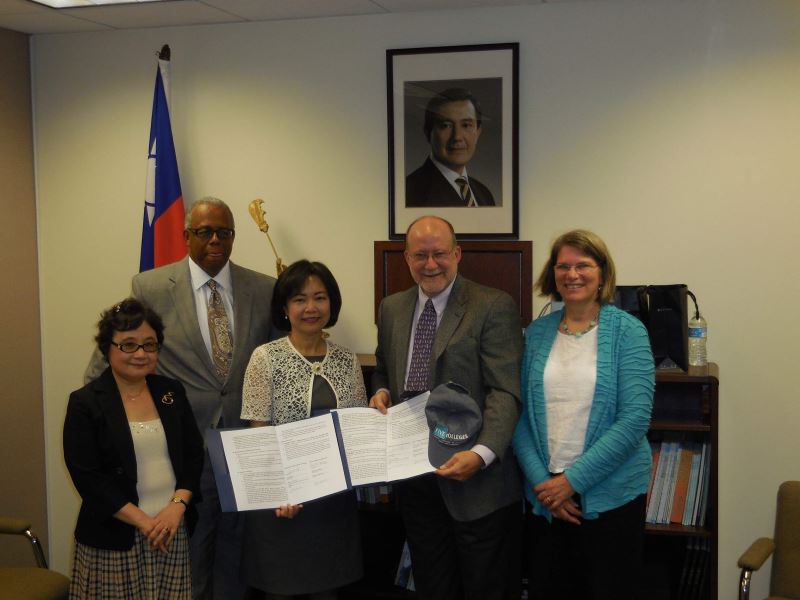 A collaboration between Five Colleges, Incorporated and the government of the Republic of China (Taiwan) will bring a taste of Taiwanese culture to western Massachusetts in the coming school year. Spotlight Taiwan, a project initiated by Taiwan’s Ministry of Culture, will bring a variety of performers to college campuses and local schools.

An agreement signed on July 1 by Five Colleges Executive Director Neal Abraham and Director General Anne Hung of Taipei Economic and Cultural Office in Boston launched the $50,000 project for Five Colleges, working in partnership with the Asian Arts and Culture Program at the University of Massachusetts’ Fine Arts Center in Amherst, Massachusetts. The 18-month collaboration will bring to the area three highly selective artistic companies – one in music, one in puppetry and theater, and one in dance. In addition, Five College area community groups will organize such local celebrations of Taiwan culture as a Chinese New Year Festival and dragon boat races.

“This is an opportunity for Taiwan to connect with the world through our culture,” said Lung Ying-tai, Taiwan’s minister of culture. The Spotlight Taiwan project, with Taiwanese contemporary art as its subject, is an effort to share Taiwanese perspectives of history, philosophy, mass culture, art, literature and film through such forms as lectures, artist talks, seminars, workshops, performances, exhibitions, Taiwanese film festivals and art festivals.

Sponsored by Samuel Yen-Liang Ying, leader of Ruentex Financial Group, Spotlight Taiwan is establishing collaborations with 40 major universities and related institutions around the world to highlight the artistry and richness of Taiwanese culture.

“Taiwan, as a diverse, open-minded civil society, is a place rich in critical thought and the arts, with a deep appreciation for the beauty of everyday life,” said Minister Lung. Through overseas cultural centers and “Taiwan Academies” that will be established in locations around the world, the Ministry of Culture plans to introduce to communities the Taiwanese ability to integrate tradition and innovation, and combine the classic with the modern. “Our culture will be introduced to the local mainstream,” said Minister Lung, "much as a sugar cube melts into water.”
Back
返回頂端
關閉選單
Keywords: 文化部
fb youtube mail