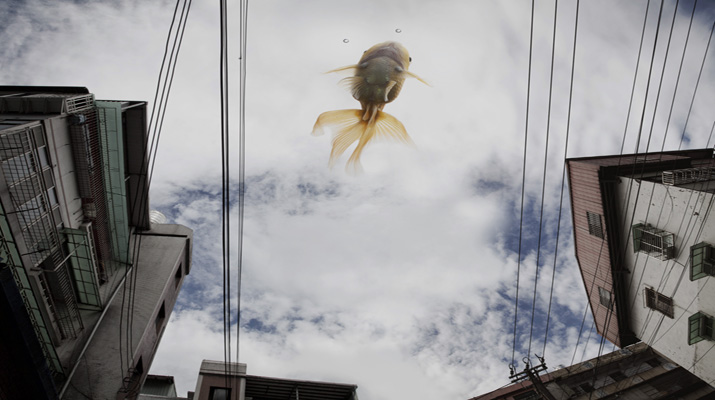 Taiwanese artist, Isa Ho is selected to participate the ISE NY Art Search 2013 AWARD WINNERS EXHIBITION. She, who was the grantee of ACC (Asia Cultural Council) in 2012, has created digital arts and photographs for many years. The ISE NY Art Search is an annual program looking for artists who are willing to show new and innovative work. This year 6 artists including Isa Ha are selected to have a group show at ISE Cultural Foundation Gallery. Taipei Cultural Center in New York cordially invites audience to see the exhibition. The Ministry of Culture in Taiwan is pleased to sponsor Isa Ho to come to New York for the opening reception.

Artist’s Statement
Many people refer “Girls” series to “Falling Down” series. The girls in the photographs and also the girls who have been transformed into animals are all captured from the bottom-up in a “falling-down” mode. My objective is to talk about the ambiguous self-awareness and the singularized value outlook observed in today’s modern life, and also the sense of frustration arising from that. “Frustration” is like a beach ball with different colored sections, and from my point of view, it can be quite sexy.

An unimaginable and outrageous state can be generated by the difference in perspective. Eccentric behaviors may seem ordinary when viewed from different perspectives. The society seems to function in a reasonable manner, and people endeavor to walk down an obscure but a road already well-traveled. Against this backdrop, the work in this exhibition is themed on the uniquely subtle culture and emotions of the Taiwanese. Media language abounds in the life of modern people, generating complex and ambivalent emotions. The normal living space contrasts against the overly made-up woman, whose falling down from certain perspectives is beautiful and almost sexy. In modern aesthetics, these old buildings may be considered a failure. Yet at the same time, they are home to us - the place where our heart is. For human beings, besides dealing with the self, one often is helpless when interacting with the outside world in which one belongs. Our bodies seem to be the only thing within our control. In the end, those of us who live in this day and age need to discover our own confidence in the world of mixed messages and values.

As for the materials, I used multi-layered printing process to create layers and three-dimensionality on Dibond, the aluminum composite sheets with a solid polyethylene core. Using these processes and materials to create images blending reality and fabrication, It is my hope to encourage my audience to suspend their habitual ways of seeing and judgments, as there is no experience that can be relied upon to view this series of images.