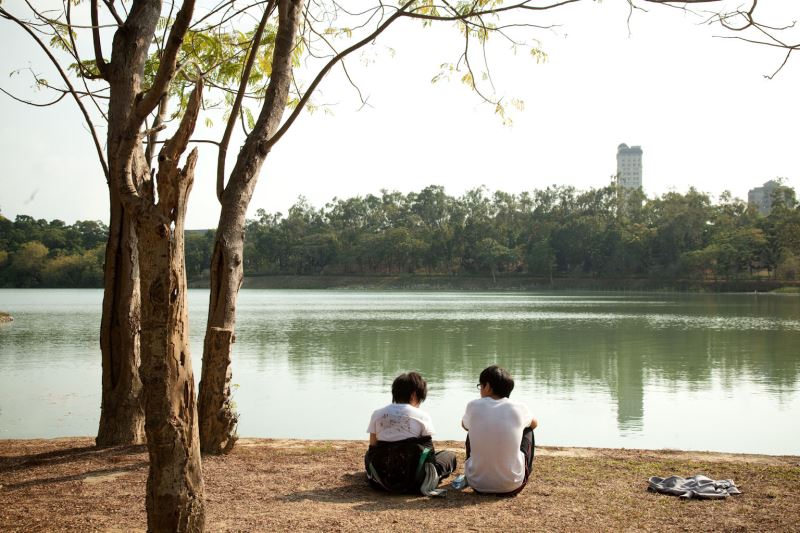 It is our pleasure to announce that Taiwan Academy of TECO in New York will launch its Film Thursday program with “Rebels: Down the Flaming Road” film series every fourth Thursday. 3 feature films selected from “Taiwan Cinema Toolkit” will be screened on August 28th, September 25th and October 23rd. They are “Monga”, “Fantôme, où es-tu?” and “Rebels of the Neon God”.

The second film, “Fantôme, où es-tu?” will be screened on September 25th. The director Wang Shaudi is a master of the “drama of ordinary folks,” especially the genre of comic family-drama in Taiwan. In Fantôme, où es-tu? she turns her lens to teenagers’ lives. This film is adapted from a real social event in Taiwan. Wang sets several binary oppositions on issues of gender identity, social class, family structure, and teenagers’ subcultures. As the narrative goes, these oppositions undergo a dialectic development, and the boundary between these oppositions becomes more delicate. Finally, the film also probes the issue of “forgiveness” in Taiwan society. Victims of social and historical incidents could turn into those who perpetrate violence if they allow themselves to be consumed by the desire for revenge. Through the soul of the dead (represented by Cool-Ma’s ghost), the film asks how one can assume social responsibility and forgive those who have hurt you. It also asks the question of how genuine reconciliation can be achieved in a society previously torn apart by social and political turmoil. These questions are particularly important, for they touch upon the debates about whether the death penalty should be abolished, a hot-button issue in contemporary Taiwan. It also implicitly responds to the difficult question of how to heal collective political traumas and achieve Transitional Justice after years of political repression.