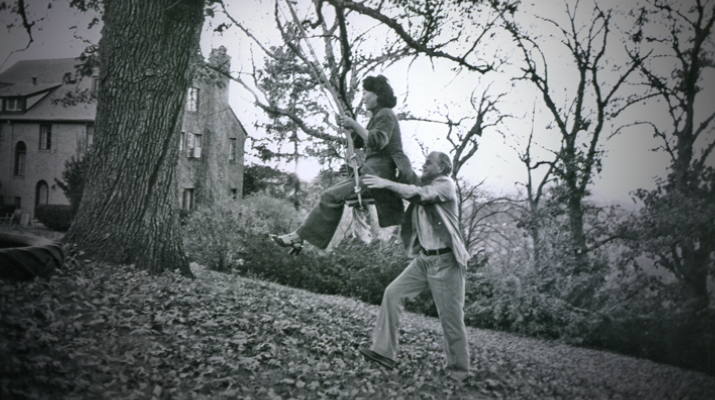 Taipei Cultural Center in New York is pleased to announce that, in cooperation with the Asia Society in New York, we have organized a screening of One Tree Three Lives, a documentary about legendary writer Hualin Nieh Engle on Saturday November 10th at 6pm at the Asia Society (725 Park Ave).

There will be a Q&A with Hualing Nieh Engle (via Skype), film director Angie Chen and IWP Director Christopher Merrill (in-person). We would like to invite you to join us for this exciting cinematic event.

The film chronicles the exciting life of Hualin Nieh Engle, the famous novelist and essayist, who founded the International Writing Program (IWP) at the University of Iowa with her late husband, the poet Peter Engle. Born in China, Nieh left for Taiwan in 1949 at the end of the Civil War between the Communists and Nationalists. She eventually moved to Iowa in 1964 where she surrounded herself in a vibrant literary culture. In 1976, to honor their role in promoting exchange among international artists, 300 writers advanced the Engles for the Nobel Peace Prize. The pair was officially nominated by US Ambassador at Large Averill Harriman, and Nieh also received Award for Fiction, American Book Award (1990), for Mulberry and Peach: Two Women of China.

For tickets or more information, please visit the Asia Society website at: http://asiasociety.org/new-york/events/one-tree-three-lives-film-screening-0

For more information about the film, please visit the official website at: http://www.onetreethreelives.com.