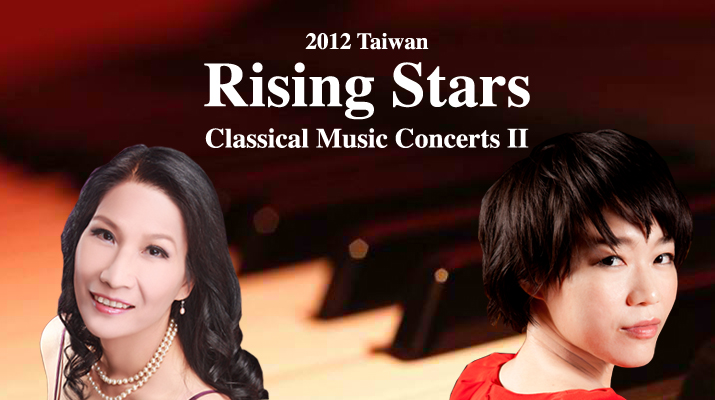 “Superstar quality that everyone looks for... Musical, energetic, and full of Flair.” - The Jerasalem Post

Declared a “…first-class talent…” and praised for her “…poetic use of color and confidently expressive phrasing…” (The Philadelphia Inquirer), Taiwanese pianist Ching-Yun Hu earned worldwide at-tention when she won the 2009 Concert Artists Guild International Competition in New York and the top prize and the Audience Favorite Prize at the 2008 Arthur Rubinstein International Piano Master Competition in Tel Aviv. She performs at prestigious concert halls and music festivals on five continents, such as Carnegie Hall, Lincoln Center, Kennedy Center, Wigmore Hall, Gasteig Munchen, Aspen Music Festival, Klavier Ruhr Festival, Chopin Festivals in Poland, and as soloist with Israel Philharmonic Orchestra, Philadelphia Orchestra, and Johannesburg Philharmonic, and National Symphony Orchestra of Taiwan, amongst others. Her debut CD "Ching-Yun Hu plays Chopin" won the Best Classical Album of the Year at the 2012 Golden Melody Award. Her 2nd studio recording, "Ching-Yun Hu plays Granados, Mozart, Ravel", is released by CAG Records in the United States, and available in Taiwan through ArchiMusic and Yun-Hsiang Foundation. She is the founder and artistic director of the 2012 Yun-Hsiang International Music Festival in Taipei. (www.yunhsiang.org)

Yvonne Cheng graduated with a degree in music from the Shih Chien University in Taiwan and went to Milan, Italy where she completed an advanced degree in vocal performance at the Giuseppe Verdi Conservatory.  She won several important awards at international competitions in Italy, including second prize at the International Competition for Puccinian Voices in Lucca, second prize in the Maria Caniglia Competition, a special prize for staging and interpretation in the Maria Callas Competition, and third prize and "Best Female Voice" in the City of Milan Competition. She is especially noted for her interpretation of Violetta in La Traviata, Gilda in Rigoletto, Mimi in La Bohéme, and Liù in Turandot. Ms. Cheng frequently gives solo recitals in Italy, Switzerland, Asia, and the United States. She has performed with the New York Grand Opera at Carnegie Hall, and has an impressive repertoire, encompassing Oratorio, Cantata, Lieder, Chanson, and Chinese art and folk songs. She completed her Master of Music and Music Education degree at Columbia University Teachers College, and is a resident of Stamford, CT, where she teaches private voice lessons.

Yi-Yang Chen began studying the piano at age eight, after two years of asking his parents for piano lessons. In 2008, he came to the United States to pursue a bachelor’s degree in piano performance at the Eastman School of Music with Professor Dr. Douglas Humpherys.

As a freshman, he was one of only 19 young musicians nationwide selected to attend the Taos School of Music’s summer chamber music program with such renowned artists as Robert McDonald (Juilliard), Thomas Sauer (Mannes), and members of the Shanghai, Borromeo, Brentano, and Guarneri string quartets.