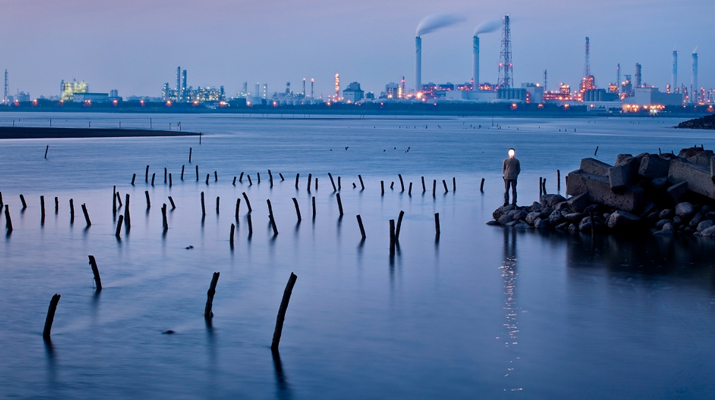 The Vision of Taiwan series is made up of documentary photography, which places special emphasis upon the relationship between humans and their surroundings. In this case, this relationship is embodied in a kind of surrealistic atmosphere created by the observer's calm, critical stance in the face of large unavoidable realities. Though these images manifest disappointment and pessimism vis-a-vis the current state of Taiwan's environment, they still express idealism and hope for positive reform.

For Cheng-Chang Wu, photography is a means of finding emotional relief. To produce these images he stood in a space and photographed himself with long exposures, subjecting himself to constant flashes of light. The intensity of the flashes created an unexpected emotional release, temporarily blinding him to his surroundings. In these images, external reality has disappeared: the artist is looking without seeing.
Back
返回頂端
關閉選單
Keywords: 文化部
fb youtube mail