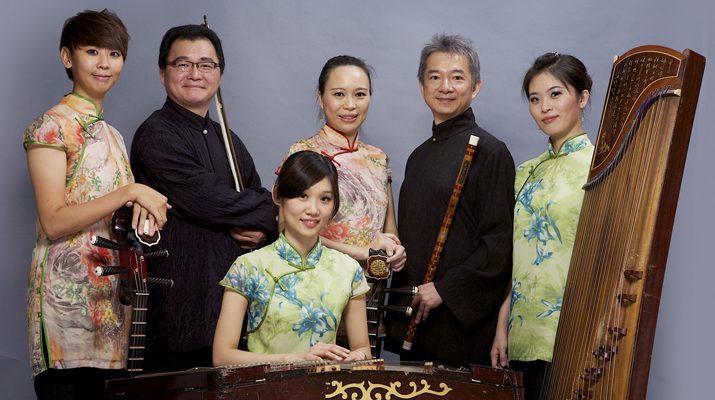 Chai Found Music Workshop will first perform in the Ottawa Chamber Music Festival, followed by the MusicFest Vancouver and the Fortune Cooking Festival at Harbourfront Center in Toronto. The music festival tour comprises three formal concerts and three music workshops. CFMW will showcase the beauty and creativity of Taiwan to audience through diverse music programs, ranging from classic Taiwanese folk songs, and traditional music to contemporary music by Taiwanese composers.

The Ottawa Chamber Music Festival is the largest chamber music festival of its kind in the world. It presents almost 100 concerts and attracts over 80,000 listeners every year. The MusicFest Vancouver runs 10 days with over 40 concerts and educational events annually since 2001. The music feast brings the most talented artists in the world together, and performing with passion, skill and creativity. The Harbourfront Centre is an innovative non-profit organization that creates arts and cultural events and activities of excellence that enliven, educate and entertain a diverse public. It presents over 4,000 events and attracts 12 million visits each year. Chai Found Music Workshop is the featured program in 2011 Fortune Cooking Festival.

The Chai Found Music Workshop has been active in national and international music scenes since 1991. It has gained the reputation of being one of the foremost Sizhu ensembles in the world. Over the past years, the group has been performing contemporary classical music as well as traditional Taiwanese and Chinese music in numerous concerts in Asia, Europe, and the Americas. Moreover, to attract and engage with the younger audience, CFMW creates new productions that combine choreography and drama in their music performances.

Sizhu, literally ?Silk and Bamboo,? refers to string and wind musical instrument, silk being the traditional material from which strings have historically been made in China, and bamboo being the material from which the Chinese flutes such as the Di and Xiao are made. The term sizhu by extension also came to refer to instrumental music in general, especially that played indoors.

Sizhu music originated in the teahouses of Southern Chinese provinces at the end of the 19th century. The musicians were sitting around a table, playing music and drinking tea. The instruments of Chai Found Music Workshop are the six most representative of this tradition: Erhu (two-string Chinese violin), Di (Chinese bamboo flutes), Guzheng (Chinese zither), Pipa (Chinese lute), Yangqin (Chinese dulcimer), Ruan (Chinese banjo or guitar).